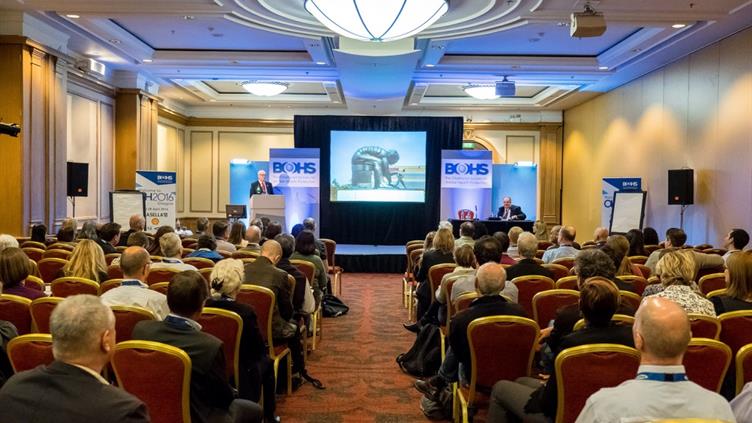 Dave Marsh, industrial hygiene coordinator at ExxonMobil Fawley, headed a strand on electromagnetic fields (EMFs) at the conference in Glasgow from 25-28 April. The topic choice was prompted by the impending implementation of new UK regulations on workplace EMF monitoring and control.

Marsh described a recent project to assess and control EMF exposure at the Fawley refining and petrochemical complex in Hampshire. Rather than wait for the Control of Electromagnetic Fields at Work Regulations transposing the EU EMF Directive, ExxonMobil assessed EMFs using the directive's lower action values (known as ALs), based on previous non-binding levels recommended by the International Commission on Non-Ionising Radiation Protection. Where emissions exceed the AL a dutyholder is expected to assess whether anyone's exposure could be over the higher emission limit value.

"The exposure limit values are quite difficult to calculate," noted Marsh. 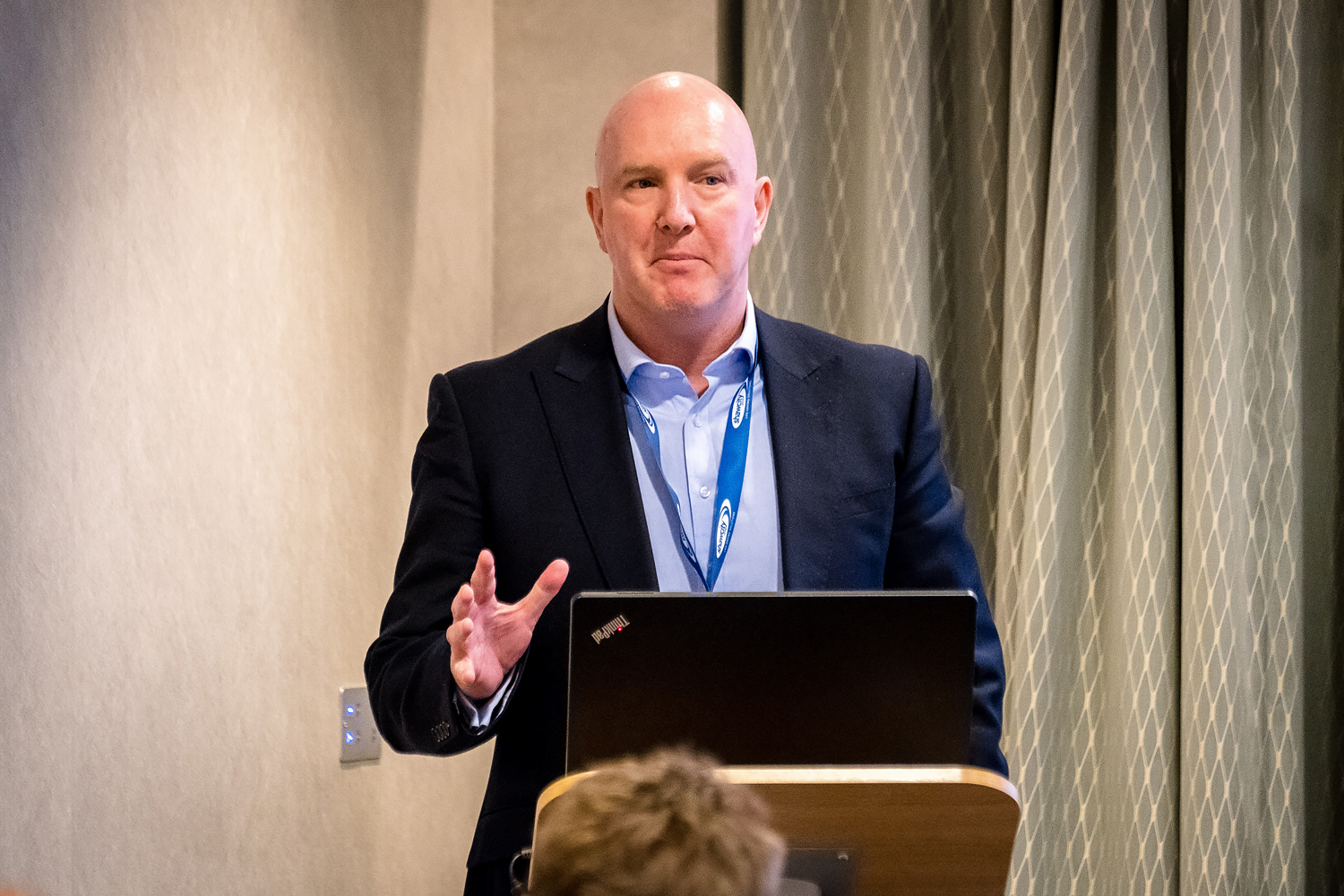 For some equipment ExxonMobil assessed EMF levels against another threshold below the AL recommended by the European Council for protecting the public, pregnant workers and those with electrical medical implants such as pacemakers, defibrillators, insulin pumps and cochlear implants, which can be interfered with by EMFs.

Marsh noted that it was this latter risk category that threw up some surprises. Though the massive Fawley site has an electricity generation plant, transformers and high-power motors, these were all assessed as producing EMF exposure below the ALs. But some of the "small things" on the site, used routinely by employees, could put them over the council recommendation for EMFs.

Handheld drills were expected to be a low risk. "Then you have to think about how people hold the drills: up against their chests," he said, where they could affect pacemakers.

Measuring the fields from every piece of equipment on the site which was not exempted under the directive revealed the induction hobs used in Fawley's kitchens also exposed users to EMFs above the council recommendation if the pans placed on them left the heating part exposed. "We didn't expect them to be risk items," said Marsh.

Telling people to centre pans carefully on the induction pads was "not just 'elf and safety'" in this case, he said.

The plant now has signs warning of strong magnetic fields around the equipment and Fawley has updated its site induction procedures to explain to new employees and visitors that if they have medical implants they could be at risk.

In an earlier session on EMFs, Hans Kromhout of Utrecht University presented his study of the symptoms recorded by operators of magnetic resonance imaging (MRI) scanners in hospitals. MRI operators are exempted from consideration under the EMF Directive but Kromhout said the static magnetic fields created by the massive magnets in the scanners and the time-varying fields during imaging can lead to significant exposure for health workers using them.

His research into 234 employees at 14 MRI facilities found that 20 reported experiencing vertigo and a metallic taste in their mouths.

"With MRI magnets getting stronger, the number of workers experiencing MRI-related symptoms can be expected to increase," said Kromhout.

The construction of Shell's flagship Pearl GTL installation in Qatar was put forward as a case study in exemplary employee safety and health management by Karen Niven, global health risk and governance manager at the Anglo-Dutch oil multinational. Pearl GTL is the world's biggest plant for converting gas to liquid petroleum. Its construction phase involved 52,000 workers from 50 countries at the end of the past decade and Shell aimed to demonstrate that better worker protection translated into higher productivity.

The company arranged 367,000 safety training sessions in seven languages including Hindi, Tagalog and Thai. On the health side, employees were not just provided with sports facilities but were encouraged to form teams and leagues and enter tournaments. Counsellors for those with emotional problems were renamed aunts and uncles to make them seem more approachable.

The project achieved a lost-time injury (LTI) rate of 0.04 per million hours worked and clocked up one LTI-free period of 77 million hours, a record for the company and for Qatar.

Niven, who is president of the International Occupational Hygienists Association, said Pearl GTL was completed at the cost of a single workplace fatality, when "business as usual" safety standards on a project of the same size would have led to an estimated 25 deaths. The construction workers' productivity was 50% higher than comparable projects and there were 67% fewer leaks than expected during the plant's commissioning phase.

In one of the conference's keynote sessions, the annual Warner Lecture, Professor Sir Anthony Newman Taylor reviewed some key moments in the history of the study and control of occupational lung disease, starting with the research in 1843 by Dr Calvert Holland which found that, of 97 men employed as fork grinders in Sheffield, less than one-third lived to age 30. 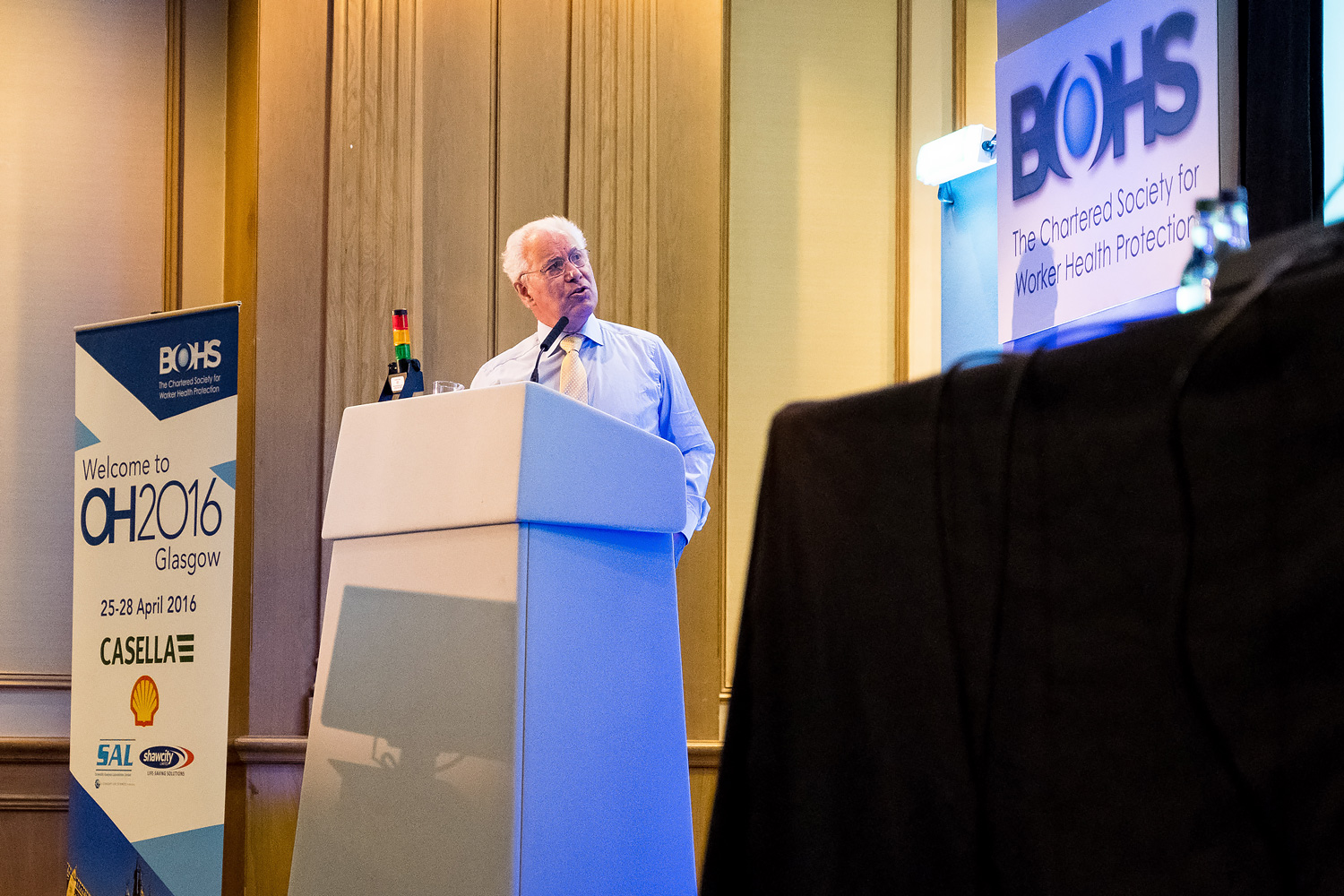 Little had changed by the 1970s, said Taylor, who chairs the Health and Safety Executive's Workplace Health Executive Committee, noting the graffito outside the navy dockyard that read: "Join the Navy and see the world, become a sandblaster and see the next."

He said that though much remained to be done to contain the traditional causes of lung disease -- such as the silica dust exposure that shortens the lives of sandblasters -- "many new causes arise in unusual circumstances".

Taylor's own work in the field included investigating the deaths of six female textile sprayers in Valencia, Spain, in 1992. Taylor and his colleagues found the two factories where the deaths took place had changed the formulation of the fabric dye five years before the deaths from Acramin FWR (a powder solution) to Acramin FWN (a liquid). The switch had caused the air sacs in the workers' lungs to fill.

"The material was withdrawn and as far as I am aware no further cases have been reported," said Taylor.

He moved on to the cases in the UK of hypersensitivity pneumonitis diagnosed in workers exposed to metalworking fluids and the work of Dr Paul Cullinan of the Department of Occupational and Environmental Medicine at Imperial College, London, who helped focus minds on the growth of mycobacteria in the fluids which found their way into workers' lungs in inadequately controlled mists.

The medical implants such as pacemakers that were a focus for EMF control at ExxonMobil cropped up again in a presentation by David Wright, health and safety manager at the University of Portsmouth on crematoria workers' exposure to hazardous substances. Implants that are not removed from cadavers before they are placed in the chambers (known as retorts) where they are reduced to ash are liable to explode, reported Wright. Though this presents no safety risk to the workers outside the retort, it can damage the machinery. "Some crematorium staff check bodies with metal detectors," he noted.

After the ashes are removed from the retort they are ground fine in a machine called a cremulator, Wright explained. This raises the risk of exposure to airborne toxic chemicals, since the average kilo of human ashes contains 827 mg of arsenic, 70 mg of cadmium and 48 mg of mercury.

More hazardous still is the occasional presence of therapeutic radioactive implants for conditions such as bone cancers. Some of these isotopes, such as Strontium 89, have a half-life of almost two months. "There is significant risk the ashes could remain radioactive," said Wright.