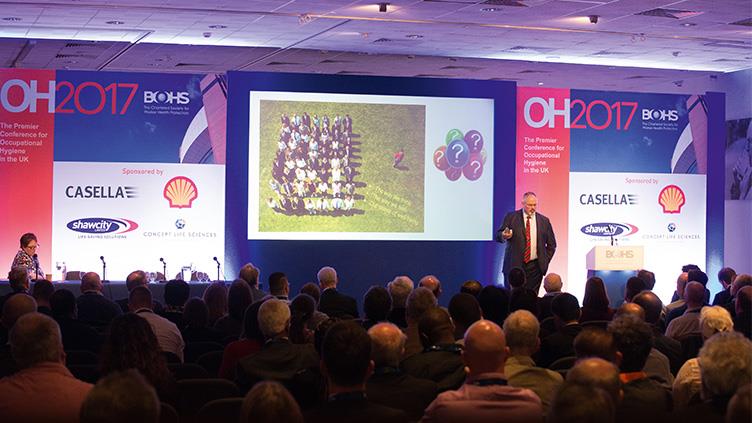 The implications of the UK's separation from the European Union for workplace safety and health provision loomed large in a question-and-answer panel session at OH 2017.

Asked about Brexit's impact on regulation, Lesley McLeod, chief executive of construction safety body Association for Project Safety, said that, whatever happened immediately after the UK's departure, there was a risk of a gradual drift away from current standards.

"If you have a right wing/centrist party in power, over the medium term there is likely to be a drift to deregulation," she observed, noting there was a vocal group in the Conservative Party that saw health and safety regulations as "a bloody nuisance".

"I don't think they'll make a lot of noise about deregulation in this small area," countered Dr John Ballard of the At Work Partnership, adding that a review of the hours restrictions in the Working Time Regulations would probably be the limit of any change. Lawyer Sean Elson of Pinsent Masons said the much-revisited Construction (Design and Management) Regulations might be another target for refinement. 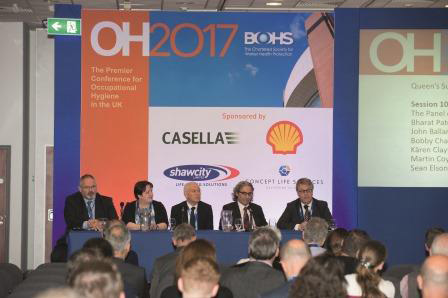 Former BOHS president Dr Alex Bianchi asked the panel if Brexit might bring any opportunities for the UK to improve worker protection. Danny Martland, director of safety, health and environment at aerospace and munitions manufacturer BAE Systems, said the shift brought a chance to stand back and take a more risk-based approach to enforcement. "We would all like to see the bad guys getting prosecuted," he said, but he argued that, too often, the Health and Safety Executive (HSE) was charging big companies with otherwise good records.

Ballard noted that the UK's good safety statistics compared with other European states was not matched by its occupational disease history. One benefit of detaching from the European framework was that we would be able to respond more quickly to emerging health hazards. "But we might also be driven to lower standards," he suggested, "to meet new market opportunities."

A questioner asked if regulations should be brought in to mandate employers to make mental health risk assessments. Ballard said he believed it was a good idea. "The management [of health and safety at work] regs should provide for this," he said, "but I don't think employers do it. It would focus people's minds and enforcers' minds."

Martin Coyd, head of construction health and safety at engineering consultancy Mace, said he would advocate the amendment of the First Aid at Work Regulations to include a mandate for employers to train mental health first-aiders.

"I don't think another regulation is the answer," said Elson. There are lots of regulations people don't comply with; this might be another."

Martland said legislating for stress risk assessments would be a "very blunt instrument" and it would not motivate employers as much as an appeal to their self-interest to manage the 30% of sickness absence that is attributable to stress.

Mental health was also Coyd's theme when he delivered the BOHS's annual Warner Lecture on the second day of the conference, which ran from 24 to 27 April in Harrogate, North Yorkshire. Concentrating on the construction sector he noted that, just as men dominate the building workforce, they dominate the statistics for people who have difficulty functioning in mainstream society. Men were three times as likely as women to be dependent on alcohol, they made up 94% of the UK's prison population and 85% of rough sleepers.

Returning to construction, he said plasterers and bricklayers had a third higher risk of developing mental health problems than the average occupation. Poor job security, low pay, tough working conditions and long periods away from home all contributed to the insecurity that encouraged instability. He cited a recent survey by the Construction News website that had found 54% of workers had experienced mental health problems and 24% had contemplated suicide. Almost one-third had taken time off work because of these difficulties but 60% had concealed the reason from their employers.

Employers had been slow to recognise the symptoms of workers who were struggling to cope.

He applauded the Health in Construction Leadership Group's plan to spread mental health first aid training through the sector. Despite competitive pressure on contractors to bid for work at the lowest possible price, Coyd said the nascent pressure from major clients on their suppliers to address mental health issues could help to improve provision of support.

Amanda Parker of chemicals manufacturer Ineos described her work to resolve a conflict of controls during the installation of two new multimillion pound gas compressors in the open air at its Grangemouth refinery site near Falkirk in Scotland.

The compressors sat in large steel frames and these had to be fixed to the concrete skids they sat on with an epoxy grout. Since the grout had to be mixed and applied above ambient temperature, a tent was erected by raising a scaffold frame around the compressors and covering it with a double polyethylene skin with rockwool between the layers for insulation. The interior was warmed by eight industrial heaters. Workers entered though an airlock.

The epoxy resin and hardening compound, which were mixed before the grout was used, were corrosive and skin sensitising and could release ammonia when heated, according to the product's safety data sheet.

This necessitated the contractors mixing and applying the grout wearing chemical protection suits, gloves and respirators.

"Because we were creating a great insulated box, then heating it and putting people in it, we had a heat stress issue as well," Parker said. 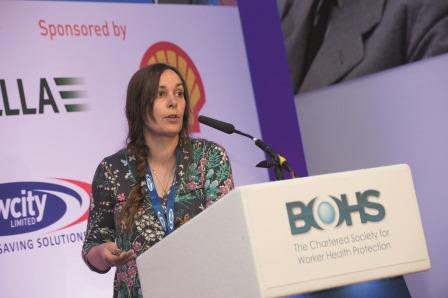 Ineos's occupational hygienists informing the project's safety and health adviser assessed the necessary work/rest periods to stop the workers overheating. For the 25°C to 34°C temperature in the enclosure they derived a 25% work to 75% rest ratio, "which was untenable for the kind of work they were doing", she said. The grout started hardening as soon as it was mixed and had to be applied within minutes, so a work limit of 15 minutes an hour would have wasted large quantities of the fixative.

The problem was compounded by the fact that the heat temperature index commonly used was drawn up by the US navy and was based on the tolerances of physically healthy operatives, which was not always true to the Grangemouth contractors.

The hygienists' first move was to remove the requirement for respirators by substituting regular testing for the presence of ammonia around the compressors. The next was to substitute the thick chemical protection suits with ones that would still protect against epoxy splashes in the short term and to instruct operators to leave the tent and change suits if they contaminated the lighter clothing.

They provided refrigerated, gel-filled "cool vests" for operators to wear under the chemical suits to reduce their body temperature in the enclosure and built a new rest area immediately outside the tent.

Delegates had first sight of the results from a Health and Safety Executive (HSE) programme to evaluate the work of asbestos analysts tasked with sampling fibre concentrations in contaminated areas. Senior principal specialist inspector Martin Gibson unveiled the findings, which were based on a survey of analysts and visits to inspection sites.

The HSE's monitoring showed that some analysts were missing basic checks on water supplies or waste bags, for example, at Stage 1 of the statutory four-stage asbestos clearance procedure for which they were contracted.

At Stage 2, analysts were cleaning areas while they were supposed to be carrying out visual inspections. (More than two-fifths of analysts surveyed said they had to carry out cleaning of contaminated sites before they could pass most areas. "They were having to clean up areas which had not been cleaned by the licensed contractor," Gibson said. "One carried out vacuum cleaning for over an hour.")

He said a revised version of the HSE's guidance for licensed contractors, HSG 247 (bit.ly/2pQ08DS), would emphasise the need for thorough cleaning of work areas or enclosures before they were analysed.

Asked about the role of clients commissioning asbestos removal, Gibson said: "We would expect clients to look at photographic evidence and satisfy themselves the area is fit for reoccupation."

Chris Keen of the HSE's Health and Safety Laboratory presented a review of industrial dust management. Keen and his colleagues had reviewed 160 reports from HSE site investigations where there was detail on dust cleaning. The reports covered bakeries, woodworking workshops and construction sites he said, "so these were not low-toxicity dusts".

In 66 of the reports the employers had industrial vacuum cleaners available, but in 118 they were still using brooms -- "which is a bit puzzling", said Keen. In 41 cases the companies used compressed air to blow the dust off machinery, spreading it into the air. Of this sort of practice he said: "Fifteen minutes at the end of the day, if done wrong, can create more exposure than the previous seven-and-three-quarter hours."

Some of the reasons given by dutyholders, such as the fact they could not use water-based cleaning around electrical equipment, were understandable,

he said, but others sounded more like excuses. He cited one manufacturer which said that after it removed brooms from the shop floor, employees brought in their own. "That's just lack of supervision," he argued.

He cited the case of a brick manufacturer whose machine operators' exposure to crystalline silica dust was enough to push them over the eight-hour workplace exposure limit. "Cleaning with brooms contributed 45% of their daily dose," he said. "To its credit, after we talked to the company it installed an industrial vacuum cleaner."