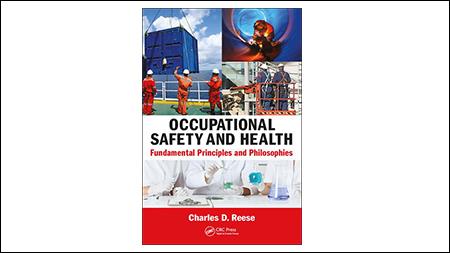 Readers outside the US will have to accept that Reese's book is aimed at that market so its regulatory references are to the Occupational Safety and Health Administration and the studies it cites are mainly from the US.

Many of the chapters follow the same formula: Reese outlines a topic, followed by lists of points explaining its importance, then a summary. But for me the "whys" are too basic.

Since the book is about principles, Reese makes a big point about not wanting to stray into operational issues, the "hows" of safety -- yet it does and not very well.

He doesn't go into enough detail; some chapters are only one or two pages and; in the "further reading" section at the end of every chapter, he often refers readers to one of his other books. The cynic in me thinks this is just an opportunity to gain extra sales.

The chapter on safety culture was a particular let-down for me. Many who have studied this topic will know of the seminal work of the psychologist Dov Zohar -- who defined the concept in the 1980s and developed the first measurement scales. Reese does not refer to Zohar, nor to the investigation into the role of safety culture in the Chernobyl nuclear disaster.

But there were a few chapters that made me stop and think. The one on terrorism was thought-provoking; the need to prepare workplaces for nuclear, biological or chemical (NBC) attacks through the air conditioning system is certainly a sobering thought, and I was pleased to see a chapter on fleet safety, something which is often missed, but again there wasn't enough depth.

At 373 pages I doubt this is going to be a book many will read in one go. It's more something you dip in and out of when you want to jog your memory.

Bottom line: would I buy this book? No. I think there are better generic books out there (particularly ones aimed at UK readers) that explain the "why" of safety and health much better; the chances are you already have them lying around the office.