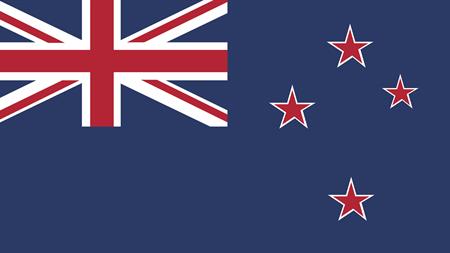 The country's level of work-related harm remains high by international standards, particularly in comparison with Australia and the UK, and the government's ambition is to decrease rates to "world class health and safety levels".

The Towards 2020 report, published in November 2017, noted that "without a concerted, system-wide effort, New Zealand will continue to lag behind otherwise comparable countries".

The Ministry of Business, Innovation and Employment (MBIE) and WorkSafe, New Zealand's independent OSH regulator, which developed the "Health and Safety at Work Strategy 2018-2028" have prioritised high-risk sectors including agriculture, forestry, construction and manufacturing, which account for a large proportion of work-related harm. The transport, postal and warehousing sector is also identified as an area of emerging concern.

The strategy highlights the need to prioritise MÄori and other population groups at greater risk of harm, including Pasifika (Pacific islanders), migrants, older workers, and young workers. MÄori workers are 44% more likely to be seriously injured at work than the general population.

The government is also looking to broaden the focus from acute harm to ensure health risk, including mental health, is properly managed.

One of the key priorities will be to ensure all businesses have proportionate and effective risk management arrangements. The strategy also prioritises small-to-medium-sized enterprises, which are more likely to face financial and resource constraints and have informal management and worker representation practices.

In 2012, the Independent Taskforce on Workplace Health and Safety reviewed New Zealand's health and safety at work system in response to the 2010 River Pike coal mine disaster, which claimed 29 lives.

The taskforce recommended a major reform of New Zealand's health and safety legislation, which led to the creation of the Health and Safety at Work Act 2015 and the establishment of WorkSafe as an independent regulator.

However, the New Zealand government recognises that improvements cannot be made entirely through legislation, regulation and enforcement and the strategy's purpose is to provide a common direction and to set priorities for all stakeholders to work towards.

In 2013, the taskforce raised concerns about the quality of the country's safety and health data. Although improvements have been made since, the government notes that a step change in how information is collected and interpreted, shared and used across the OSH system is needed.

As part of the consultation, the government proposes a measurement framework to track OSH performance and the strategy's impact. This will include the creation of new measures and data sets. The proposed framework includes indicators to measure attitudes and behaviour, leading and lagging harm indicators, and qualitative and quantitative assessments. Once the framework is in place, the government anticipates that performance will be reported annually.

The public consultation closes on 8 June.