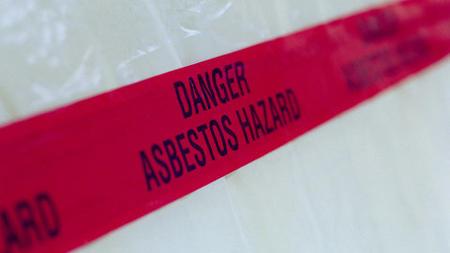 Leeside Cut & Core Contractors had been appointed to demolish stud wall partitions and blockwork at the two-storey office building at Goulds Hill in Mallow, County Cork between 21 January and 6 February 2015.

The office block, which was built in the 1970s, contained asbestos insulating board (AIB) ceiling tiles containing amosite (brown asbestos) and chrysotile (white asbestos) on both the ground and the first floor. The floor tiles and bitumen also contained chrysotile.

According to the Irish Examiner the Health and Safety Authority (HSA) investigated after being tipped off about work taking place at the building.

Inspectors found that the demolition works were being carried out in an uncontrolled manner, which had resulted in damage to the AIB ceiling tiles.

At the hearing at Cork Circuit Criminal Court on 27 April, HSA inspector, Tom O'Sullivan, said that there was a considerable amount of debris and it should have been apparent to workers there that there was asbestos as the ceiling tiles had an identifying asbestos marking.

Judge Sean Ã- Donnabhain said: "This is quite an alarming case. There is nobody -- be that judge or labourer -- who is not aware of the dangers of being exposed to or working with asbestos.

"Yet this company in a cut and core job carried on nonchalantly in the presence of asbestos. Asbestos dust is known about.

"It is not one of these hidden dangers. It is on the ceiling [marked asbestos tiles] and all this dust is on the floor and they started driving diggers on it."

The Irish Examiner reported that Cian Cotter, defending Leeside Cut & Core Contractors, accepted employees and directors for the company stayed on site after being alerted to the presence of asbestos but said they only did so to make the site safe for those commissioned to remove the asbestos.

Cotter told the court that the employees' job was to remove the partition walls and they were directed not to interfere with the ceiling tiles. He added that employees were informed about the presence of asbestos and were given gloves and masks.

The company accepted that it had failed to ensure the safety, health, and welfare of its employees and that it had also failed to carry out a risk assessment.

The judge said that if €5,000 was paid within a year, an application could be made to pay the remainder of the fine on an annual basis over ten years.

Sharon McGuinness, HSA's assistant chief executive, said: "This particular case highlighted that attempts to demolish structures below or adjacent to high-risk asbestos containing materials should not be attempted. All reasonable attempts should be made to remove all such materials by competent asbestos removal contractors prior to any demolition techniques being applied."