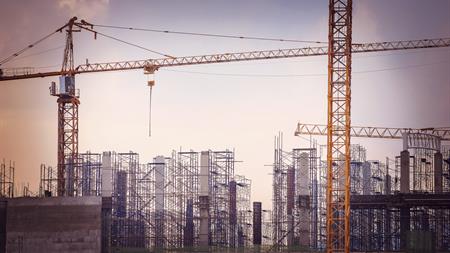 The workplace fatality rate of 1.9 per 100,000 workers remained unchanged from 2015, according to the Workplace Safety and Health (WSH) Institute's 2016 National Statistics Report. Sixty six people were killed at work in 2016 -- the same number that was recorded in 2015.

The number of confirmed occupational disease cases decreased last year, from 965 in 2015 to 732.

The construction, marine, manufacturing and transportation and storage sectors accounted for 76% (50) of all workplace fatalities last year in Singapore.

Construction remained the top contributor of worker deaths, though this figure fell from 27 in 2015 to 24 last year. The fatal injury rate also decreased to 4.9 per 100,000 workers, the lowest since 2007.

The transportation and storage sector, however, saw an increase in fatalities, from five in 2015 to 11 last year. The manufacturing sector accounted for nine fatalities, compared with six in 2015, while fatalities in the marine sector also increased, from four in 2015 to six last year.

Of the 66 workplace deaths, falls was the leading incident type and claimed 19 lives. Thirteen people were fatally struck by moving objects, a further eight were caught in or between objects, and falling items killed six workers.

The most common types of major workplace injuries were crushing, fractures and dislocations. The number of cases went up slightly from 323 in 2015 to 329 in 2016.

The number of workers who had limbs amputated as a result of a workplace accident rose 22% from 117 in 2015 to 143 in 2016, making this the second most common major injury.

More than a quarter (27%) of all minor injuries that happened last year were due to slips, trips or falls.

Last year there were 322 cases of noise-induced deafness and 316 cases of musculoskeletal disorders (including back injuries due to ergonomic risks), which made up 87% of all cases related to occupational diseases.

Executive director of the WSH Institute, Dr Gan Siok Lin said he was concerned about the increase in workplace injuries: "Besides looking at fatal injuries, there is a need to pay closer attention to major injuries [-¦] Injured workers who are on longer medical leave and have some loss in function are more likely not to return to the workforce.

"I therefore strongly urge the industry to review their risk assessments, to ensure that all workplace hazards are identified and the control measures are communicated to workers so that they are not harmed by their work and can return home safe to their families. This will also help to raise morale and productivity when workers know their employers care."