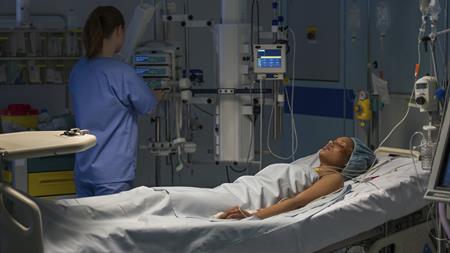 The study, published in the Journal of the National Cancer Institute, questioned 522,246 Million Women Study, 22,559 EPIC-Oxford, and 251,045 UK Biobank participants on shift work and then followed them for incident cancer. The results were combined with data from seven previously published studies (covering 1.4 million women in total) from the US, China, Sweden and the Netherlands.

Researchers found that women who had worked night shifts (including those who had done so for up to 30 years) had no increased risk of breast cancer compared with women who had never worked shifts.

The findings contradict a 2007 review by the International Agency for Research on Cancer that said shift work disrupted the "body clock" and was a probable cause of cancer. This was mainly based on animal and lab studies.

The latest work builds on a Canadian study of 1,134 breast cancer sufferers and 1,179 women of similar ages without the disease which found the risk factor was apparent only in those working nights for more than half a normal working life.

Dr Ruth Travis, lead author and a Cancer Research UK-funded scientist at the Cancer Epidemiology Unit at the University of Oxford, said: "We found that women who had worked night shifts, including long-term night shifts, were not more likely to develop breast cancer, either in the three new UK studies or when we combined results from all ten studies that had published relevant data."

Sarah Williams, Cancer Research UK's health information manager, said: "This study is the largest of its kind and has found no link between breast cancer and working night shifts. We hope [this] news reassures women who work night shifts."

Professor Andrew Curran, chief scientific adviser for the HSE, which commissioned the study, added: "This study has shown that night shift work, including long-term shift work, has little or no effect on breast cancer incidence in women. However, there are a number of other known risks with shift work that employers must take into consideration when protecting their workers' health and safety."