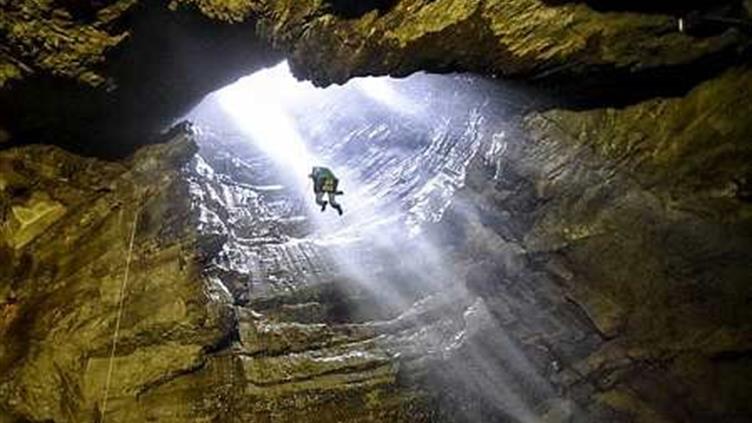 The challenge in caving varies depending where you are: you find caves that are very dry with large chambers and wide paths, and then you get very small, muddy ones. I was more open to the challenging ones during my younger years; as I get older I am more risk averse.

I studied at Queen Mary College, University of London, and that's when I first joined a caving club. Three of us helped to reinvigorate the club, and we took fellow students on trips to the Mendips in Somerset, south Wales, Derbyshire and Yorkshire. Later, I joined the Westminster Speleological Group and then the Bradford Pothole Club, where I'm still a member. Caving with these clubs has taken me to Norway, France and Ireland.

There may be fumes where explosives have been used underground

Some caves are horizontal, so you're mostly walking or crawling, while others are vertical, so you abseil in. Many are a combination of the two. In Yorkshire there are a lot of vertical ones, but in the Mendips most are horizontal. Some passages and chambers have lots of natural formations, such as stalactites and stalagmites. Water keeps the wetter chambers clean and with washed limestone walls they can be very beautiful. With a running streamway it can be like a water slide, which is exhilarating being washed along the passage. 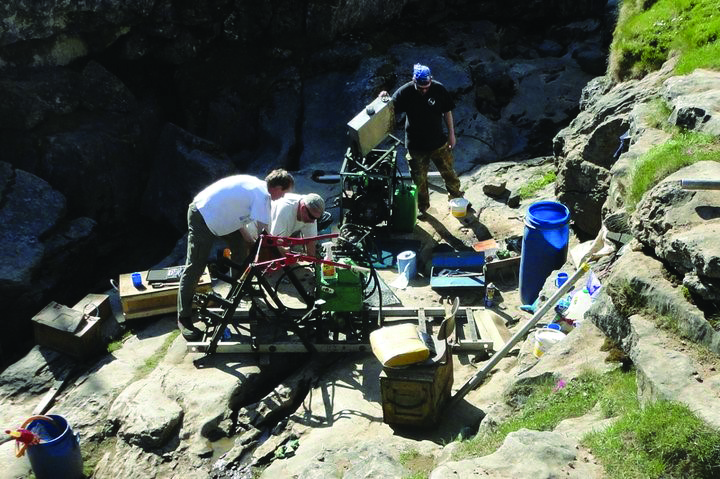 There is a physical challenge, so you must be reasonably fit, not least because you may have to walk some distance across hills or moorland to get from where your transport drops you to the cave. You also need to be reasonably agile but you don't have to do much fitness training. If you already do activities such as walking, hill climbing, cycling or skiing, you'll be fine. Some caves you can just walk into; it depends how far you want to go. There's also the psychological challenge of preparing to navigate through a cave.

The level of risk has changed over the years as the clothes and equipment have changed. When I first went caving, we wore old clothes and a boiler suit; then it changed to wetsuits. Now it's all about thermal base layers, fleeces and purpose-designed oversuits. In the early days, we used wire ladders and had a lifeline around our waists, whereas now you use the single-rope technique to abseil down and prusik (climb) back up, so you're wearing a harness as well as a helmet and lamp.

My caving pursuit began before I worked in safety and health and risk management, and my outlook has changed over the years. The main risk in the UK is water -- sudden flooding -- and it's my biggest fear. I always check the weather forecast and what the weather has been doing during the days leading up to a trip. I plan the route and look in guidebooks for advice on where to avoid. I make sure I leave behind details of where I'm going, who with (I always go with others), and when we're due back, so that someone at the club knows when to call for help. There are volunteer cave rescue teams, like mountain rescue services, that assist cavers and fell walkers.

One particular challenge is handling sumps: passages in the shape of a U-bend with water pooling at the bottom of the U. You have to swim through the water to get into air on the other (ascending) side. Sumps are quite challenging, especially the first time you do one, because you have to feel through to the other side to work out how far you need to swim and how long you'll be under water. You feel euphoric when you've done it.

The other major risks are falling rocks -- notably in former mining areas -- and getting lost. Once or twice I've been lost for 30 minutes or so. Caves can be like mazes so you try each path until you find the right one. For long trips you need warm clothing, food and reserve lighting in case your batteries run out.

In some caves, you also need to be careful about gases. Where there's a dead end that lots of people reach, the air can become stale and rich in carbon dioxide; elsewhere there may be fumes where explosives have been used underground.

My favourite place is the Gouffre Berger in France, which, at 1,271 m, is one of the deepest caves in the world. But the joy of caving is not just being underground, it is also the aprÃ¨s-cave experience. Hot showers, a good meal, and down the pub to talk about what you've achieved that day -- and what's next.

Caving has influenced my working life. I always say to people that safety and health is about thinking ahead and planning. It's not trying to stop people doing things; it's about doing them safely. It's about having the right control measures.

I'd recommend anyone who's interested to give it a go. There are various organisations and outdoor pursuit centres that run it as a paid activity.

Topics:
Slips and trips
Work at height
Catering and leisure
Off duty