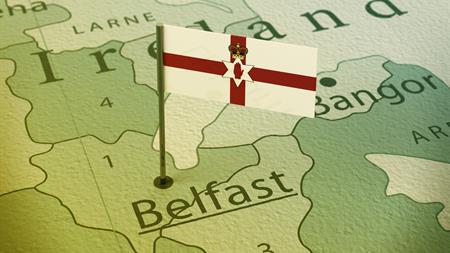 The court replaced Norman McKenzie's suspended sentence with a custodial one which, it said, would act as a warning to the construction industry that offenders of gross negligence who put workers' lives at risk would be sent to prison.

Portadown farm owner Ivan Reilly had contracted McKenzie to assist with the construction of a three-bay farm shed at his premises.

On 20 January 2015, McKenzie's employees Petyo Hristanov and two other Bulgarian nationals were constructing the shed roof. They were hoisted up in a box attached to the front of a telescopic handler driven by McKenzie, but had to climb on to the roof to complete the work.

The sheeting became slippery when it started to rain and Hristanov slid off the roof. He fell almost 5 m and sustained fatal head injuries. One of the victim's co-workers had tried to stop him falling and was subsequently pulled from the roof, sustaining minor injuries.

The investigation, led by Health and Safety Executive Northern Ireland (HSENI) along with the Police Service for Northern Ireland, found no safety measures had been implemented and a risk assessment had not been carried out. It concluded that McKenzie "completely failed to assess the risks associated with this job".

McKenzie pleaded guilty to manslaughter and counts of failing to ensure the safety of an employee, failing to carry out a risk assessment, and failing to take measures to prevent a fall from height.

However, the Director of Public Prosecutions for Northern Ireland referred the sentence to the Court of Appeal on the ground that he considered it to be unduly lenient.

The Court of Appeal concluded that a deterrent sentence was reasonable because there is no rational reason why individuals prosecuted for such offences "tend to escape prosecution". It said a deterrence was also necessary to warn to construction industry in general of the consequences of failing to ensure the safety of workmen.

On 18 May the Court of Appeal revoked the suspended sentence handed to McKenzie for manslaughter and imposed a custodial sentence of 24 months (12 months to be served in prison on 12 months on license). The £3,000 fine previously levied was waived.