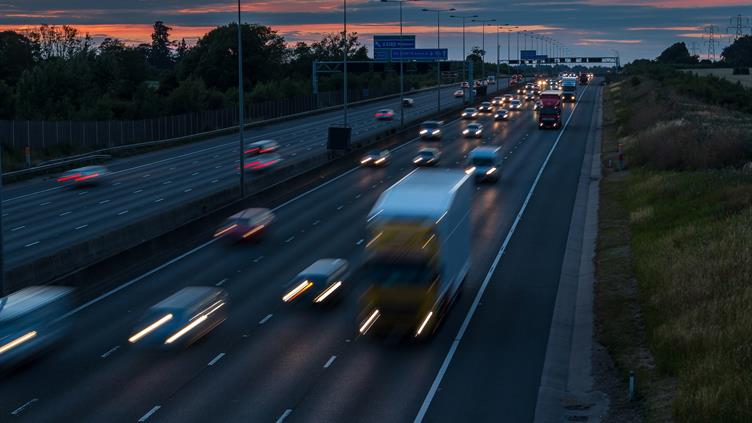 Britain's road regulator the Driver and Vehicle Standards Agency can fine lorry, bus and coach drivers up to £300 if they exceed the number of hours they are allowed to drive or are found to have taken not enough breaks.

Domestic rules (there are separate requirements in Northern Ireland) state that lorry drivers must not be on the road for more than ten hours a day.

Under the current ruling the DVSA can only fine commercial vehicle operators for offences committed on the day in question and for those that are ongoing, such as manipulating tachograph recorders which document the number of hours a driver has been on the road.

The changes will give the agency's traffic examiners new powers to issue on-the-spot fines for up to five previous offences committed in the last 28 days. This means that drivers of passenger-carrying vehicles and goods vehicles that have consistently broken the rules could be penalised up to £1,500 in a single roadside check.

They will also be applicable to foreign motorists, who must pay their fines in full before continuing their journey. The DVSA says it will "immobilise their vehicle until they pay".

As well as giving fines to drivers for recent offences, DVSA traffic examiners will start issuing fines to deal with drivers who do not properly rest.

Lorry, bus and coach drivers must take a 45-hour rest break at least every fortnight.

From 1 November 2017, DVSA will start to fine drivers up to £300 if they spend their full weekly rest break in their vehicle in places where it causes a problem. For example, if a lorry driver spends their full break in the cab of their lorry in a layby.

The standards agency carried out 223,000 roadside checks between April 2016 and March 2017. A BBC Radio 5 live programme broadcast on 24 September revealed there was a 21% increase in the number of drivers found with manipulated tachographs during that period compared with the previous year.

Tampering or disabling tachographs enables lorry drivers to exceed the lawful working hours and it can also affect the automatic braking system, speedometer and suspension.

Ivan Lakeland from the DVSA told 5 live Investigates: Tachographs: "The maximum a driver can do in a day is 10 hours and you can only do that twice a week.

"The last thing you want is brakes or suspension failing on a 40-tonne truck. From a road safety point of view it would just be an absolute disaster."

The exact date when the new rule will come into force is yet to be confirmed but the change "will be well-publicised so drivers and vehicle operators are fully aware of the penalties", the DVSA said.