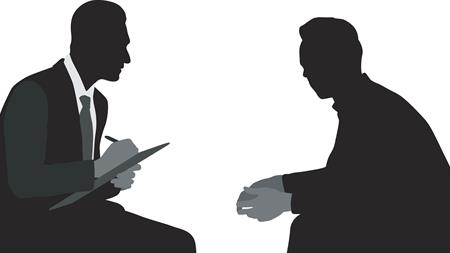 The handbook, People Managers' Guide to Mental Health, was launched last week by the Chartered Institute of Personnel and Development (CIPD) and mental health charity Mind. It gives advice on how to identify the warning signs and suggests practical ways to promote good mental health at work.

Line managers who know their staff and hold regular catch-up meetings with them are "well placed to spot any signs of stress or poor mental health" early on, the guide says. Often a change in typical behaviour is a key indicator, such as aggression, euphoria, increased sickness absence and "apparent overreaction to problems".

The guide advises people to talk about their mental health. It says that a wellness action plan (WAP) drawn up by employees "opens up a dialogue" between them and their manager and demonstrates the employer's commitment to staff wellbeing.

A WAP covers workplace triggers for stress or poor mental health, what support employees need from their line manager, and agreed steps to take if the staff member experiences a mental health issue.

Information on good practice in recruitment and the return-to-work process is also included in the publication, as well as where help can be found.

Mental ill health is the primary cause of long-term sickness absence for more than one UK organisation in five (22%). Recent research by the CIPD found that one in three organisations (32%) train line managers to support staff with poor mental health, while a Mind survey of more than 44,000 employees found only 42% felt their manager would notice they were struggling with a mental health issue.

The free resource was first produced in 2011. It has been reviewed and updated following the publication of the government-commissioned Thriving at Work employment review last October, which made recommendations to employers about how to better support people with mental health problems.

Rachel Suff, senior employment relations adviser at the CIPD said: "The role of line managers in employee wellbeing is vital. They are often the first port of call for someone needing help and are most likely to see warning signs of poor mental health among employees.

"With the right capabilities and tools in place, they will have the ability and confidence to have sensitive conversations, intervene when needed, and signpost to the right support when needed."

Emma Mamo, head of workplace wellbeing at Mind, added: "We know that too often employees still don't feel able to talk about issues such as stress, anxiety or depression, fearing they'll be discriminated against or overlooked for promotion. Equally, managers often shy away from the subject, worried about saying or doing the wrong thing. But staying silent and doing nothing can make things worse.

"We've long been calling on employers to create an open culture and remove the stigma surrounding mental health. We hope this improved guide will encourage managers to start honest conversations with employees when they need extra support."