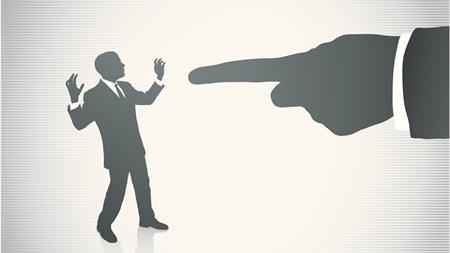 The Sentencing Council's early guilty plea guideline, which came into effect on 1 June, sets out the principles courts should apply to reduce a sentence in the event of a guilty plea.

Legal experts have raised concerns that the provisions in the new guideline are more restrictive than previous guidance issued in 2007. They also argue that an exception, which could provide flexibility for sentence reduction in safety and health prosecutions, is too open to interpretation by judges.

The new guideline, which applies to cases where the first hearing is on or after 1 June 2017 and will apply equally to magistrates' courts and the crown court, retains the maximum previous level of reduction for guilty pleas. It states that where a guilty plea is indicated at the "first stage of proceedings", a reduction of one-third should be made.

Ruth Harris, partner at Hodge Jones & Allen Solicitors, said the full picture of the case against the defendant will not be available at the first hearing adding, "the summary will outline what is considered the key evidence and may be silent as to the weakness in the case".

She added: "Defendants may have little to go on -- other than the suggestion of a strong case. Against this, they will be aware that the maximum reduction ends on this day and significantly reduces thereafter."

Harris noted that the 2007 guidance allowed judges to retain some discretion over when it was "reasonable" for the defendant to have pleaded guilty by including the clause at "the first available opportunity".

Mike Appleby, solicitor at Fisher Scoggins Waters, added that most safety and health cases are "either way" offences -- they can be tried in the magistrates' court or the crown court -- and the first stage of the proceedings will be the first hearing in the magistrates' court. The detail of the case against the defendant and the amount of evidence provided by HSE for that first hearing varies, he said.

He also pointed out that, under section 85 of the Legal Aid, Sentencing and Punishment of Offenders Act 2012 for offences committed on or after 12 March 2015, magistrates can now impose unlimited fines, whereas their jurisdiction was previously limited to £20,000. As a result, many more cases are now heard in the magistrates' court.

In the past, he added, many cases would be referred up to the crown court, where the defendant would have more time to consider the case and perhaps obtain expert evidence before the first hearing some weeks later.

Appleby told IOSH Magazine that in safety and health prosecutions "it was not uncommon for a defendant not to indicate a plea at the magistrates' court and then, in the time between the hearing in the magistrates' court and the first hearing in the crown court, to negotiate a basis of plea with the prosecution. In those circumstances, under the old guidance, the judge would usually accept the guilty plea entered at the crown court hearing was the first reasonable opportunity and give full credit for the plea."

The provisions in the new guideline are subject to some caveats. One of these, exception F1, provides that, "where the court is satisfied that there were particular circumstances which significantly reduced the defendant's ability to understand what was alleged or otherwise made it unreasonable to expect the defendant to indicate a guilty plea sooner, a reduction of one-third should still be made".

According to a briefing note published by commercial legal firm Walker Morris, F1 is meant to reflect the complexity of safety and health prosecutions and provides some safeguards.

However, the second part of the F1 exception adds that, in considering whether the exception applies, sentencers should distinguish "between cases in which it is necessary to receive advice and/or have sight of evidence in order to understand whether the defendant is in fact and in law guilty of the offence charged, and cases in which a defendant merely delays a guilty plea in order to assess the strength of the prosecution evidence and the prospects of conviction or acquittal".

Appleby is sceptical that the exception will be applicable in many OSH prosecutions.

"If you take a prosecution under section 2 or 3 [of the Health and Safety at Work Act], and there's been a serious injury or a death, the reality is that a prima facie case of exposure to risk will have been proven and then it's over to the defence to prove that they have done all that is reasonably practicable," he explained.

"A judge could turn round and say, 'you know there's been an exposure to risk, you must know whether you've done everything that is reasonably practicable. What's that got to do with the prosecution's evidence?'"

Appleby added the new guidance should be seen in the context of other reforms in the criminal courts such as "transforming summary justice" and "better case management", which aim to make every hearing count thereby reducing or eliminating wasted hearings and wasted time.

"Consequently, a defendant is expected to indicate at an early stage his plea and what he believes are the real issues in the case," he explained.

Appleby said: "What this is pressing towards, is that companies, when they have incidents, have really got to start thinking early on, if there's going to be a prosecution, 'what's my stance going to be?'"