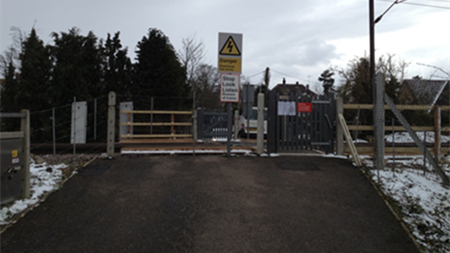 Network Rail has been fined £4 million following a level crossing fatality in Suffolk.

The Office of Rail and Road's (ORR) investigation found Network Rail, which owns most of the rail network in England, Scotland and Wales, had failed to act on substantial evidence that pedestrians had poor visibility of trains when approaching Gipsy Lane footpath crossing, and were exposed to an increased risk of being struck by a train.

Olive McFarland was hit by a train travelling almost 100 mph from London to Norwich on 24 August 2011.

Following the incident, ORR said Network Rail "acted immediately" and redesigned the layout of the level crossing. It also implemented a speed restriction for trains that is still in place and plans to remove the crossing and build a footbridge.

Network Rail pleaded guilty to breaching s 3(1) of the Health and Safety at Work Act and was fined at Ipswich Crown Court. It must also pay £35,000 costs.

"Over the past decade, Network Rail has focused its attention and investment on improving health and safety on Britain's railways. However, despite now being ranked as the safest in Europe, there can be no room for complacency."