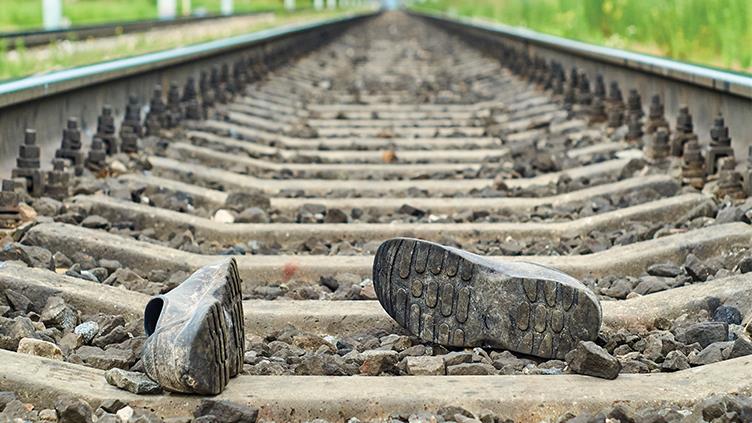 In the 12 months to April 2017, the Office of Rail and Road reported 273 suicides and suspected suicides on the UK's railways. For Network Rail's mobile operations managers and other frontline workers who respond to such potentially traumatic events, post-incident support is essential to address the ripple effect, as Dr Richard Peters, the rail infrastructure operator's chief medical officer, describes it.

"[While] someone from our team is going to be a first responder, there are also going to be individuals who are involved indirectly."

They could include signal operators left to reflect on the aftermath of a train's collision with a vehicle at an unguarded level crossing.

"There could be signallers who may or may not have made the wrong decision and they didn't witness the incident but were associated with it," he says. "That person will go through an investigation that can last months. It's going to have an adverse effect on their wellbeing." 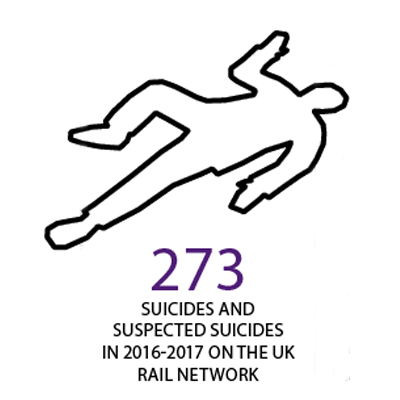 Peters, whose background is in occupational medicine, warns that managers should exercise caution when judging who will be most at risk. He says individuals who are not directly involved in a shocking event but have a history of anxiety or depression or those who have had previous traumatic experiences -- the death of a loved one or having been involved in a car crash, for example -- can also be susceptible to PTSD. "It very much depends on a subjective perception of a traumatic event as well as the objective facts."

To complicate the picture further, "pre-recruitment screening is not very reliable for predicting trauma, so you never really know the way anyone is going to react," he says.

Peters highlights evidence from the armed forces, which showed that, if organisations are upfront about the exposure that individuals may face on the frontline, this can help them to improve their mental preparation for a traumatic event.

It is an area that Network Rail will explore as part of the second phase of its traumatic incident management standard, launched in June 2016. Since he joined the organisation in early 2017, Peters has been raising awareness of the support tool among the company's 38,000 staff, who work in nine devolved route businesses, group functions and route support services (see "Network Rail" box, below).

Pre-recruitment screening is not very reliable for predicting trauma, so you never really know the way anyone is going to react

"In an organisation where each route function has the autonomy to do what they want to do, from a central perspective I need to make sure they are monitoring employees effectively and that we create the best possible support mechanisms," he explains.

In the next phase Peters will emphasise the need to break the stigma associated with trauma to encourage employees to discuss the issue. Training for line managers will be enhanced to build on the support available for employees affected and there will be pilots to test the effectiveness of interventions. Support has focused so far on employees who have seen an incident; now there are plans to extend it to those involved in investigations.

Before Network Rail's traumatic incident management standard was introduced two years ago, the operator had no consistent process for responding to trauma, he says.

There was no mechanism to identify whether an operative had experienced a traumatic event or how to mitigate the risks of psychological harm. The organisation's HR policy also had no provisions for workers who developed PTSD and, although there was a stress guide, it fell short of trauma management.

Network Rail's remit includes meeting regulatory standards and developing its own rail standards and control documents. Recognising the need for a specific standard to support employees who might suffer post-traumatic stress and to mitigate financial risks, the occupational health and wellbeing team developed a technical brief with a working group, using external specialsts. This raised awareness of PTSD among key frontline workers and outlined the standard's contents.

The standard maps a clear process for line managers and responsible people -- those managing sites when incidents happen -- to identify the employees at risk and effective post-incident support measures. It is based on the trauma risk management (TRiM) peer support approach -- which is not a therapy or medical intervention but focuses on building resilience and providing support and education -- and draws on the National Institute for Health and Care Excellence (NICE) guidelines.

The support process starts immediately after an incident. The responsible person (a rail incident officer or mobile operations manager, for instance) will find those who have seen the incident or been involved in it. The first step is to relieve that individual from duty and arrange for them to be accompanied home, to the nearest station or a depot.

"Some people will want to continue working," Peters says. "Maybe, due to their role, they need to continue and so the responsible person will assess if they can do it safely. Arrangements are made that they must not continue working alone."

The responsible person will talk individually to the employees affected to allow them to express their feelings. Those who feel unable to talk are encouraged to turn to others, such as colleagues or family. 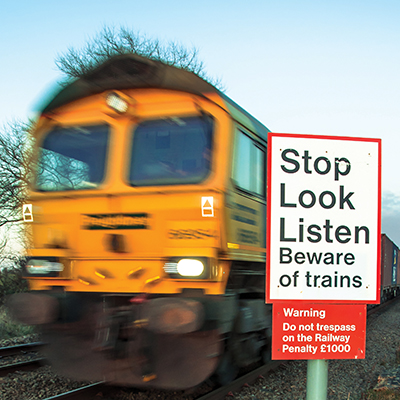 Between 24 and 96 hours after the incident either the employee's line manager or the responsible person will have a second conversation to check how the individual is coping and to offer reassurance.

"This is a very important role," says Peters, "because they will be the person who will speak with the individual post-incident. Their role is to look at how to build resilience, how to follow up on conversations using various tools that we provide them with and allow the employee to raise any concerns and [later on] to make any medical referrals if necessary."

Workers are encouraged to see their GPs or are directed to Network Rail's employee assistance programme, which will advise on whether more psychological support is needed. Line managers can also refer individuals to the company's occupational health provider for decisions about their fitness to work and signposting to further treatment.

But the most important strand in the process, says Peters, is the light-touch "watchful waiting" approach detailed in the NICE guidelines, which includes self-monitoring.

"What we do know is that a lot of people's symptoms do improve [during the first month to six weeks], so it's very much around self-monitoring and keeping in contact with employees, looking out for changes in behaviour and worsening mental health symptoms," he says.

"If they have previous mental health problems, [it's important that] the line manager monitors to see whether there is a rapid decline in their situation."

As part of this process, the individual will be briefed on what symptoms they might expect and encouraged to talk about their feelings.

"At one month post-incident, because we know that most people will recover at six weeks without any clinical intervention, the line manager has [the next] conversation to establish how they are coping," Peters says. "It's at this time that the line manager or responsible person will complete the trauma screening questionnaire."

Based on the TRiM methodology and developed by Professor Chris Brewin at the University of London, the questionnaire identifies the most at-risk employees so extra support can be provided. The line manager uses the risk assessment to ask the employee whether they have had any recurring upsetting thoughts, memories or dreams. If they record fewer than six, they will have another follow-up conversation.

"If the employee records six or more responses, the line manager explains that they are going to make a formal referral to the employee assistance programme with the individual's consent and refer them also to the occupational health provider, who will undertake a fuller assessment," says Peters. 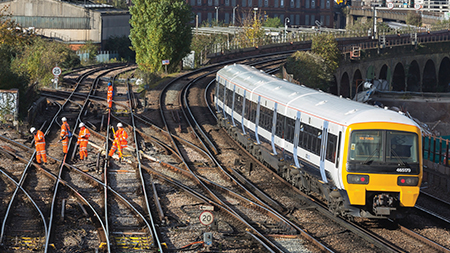 "They will decide if the person needs to go down the NICE routes, to see their GP and have formal, focused psychological treatment such as trauma-focused cognitive behavioural therapy or eye-movement desensitisation and reprocessing, which can be very successful in treating individuals who have suffered from trauma."

Once the occupational health team returns its assessment, the line manager will complete a health management action plan, which provides a more formal record of the case.

The first part details the occupational health diagnosis of the disease or health concern (physical, mental or social), whether the employee is in work, on restricted duties or whether it is recommended, or is absent and the preferred outcome identified at the medical assessment.

The second outlines an action plan, agreed with the employee, which notes that they have understood the diagnosis or health risk assessment; that they have discussed and agreed the working practices to reduce their risk and the controls implemented; and a medical review. This final section shows that the line manager has discussed the occupational health service's recommendations.

Peters says: "We are really making sure that the individual is having a focus on their health and wellbeing and we are mitigating any potential risk because it's very likely that the employee, depending on their role, may experience a similar situation in the future."

He adds that 20% more people who are exposed to traumatic events recover with the treatment compared with those left to their own devices.

All Network Rail standards are reviewed six months after implementation.

One outcome from the 2017 post-implementation review of the traumatic incident management standard was reinforcement of the decision to introduce an integrated management system to simplify operational processes across the nine devolved routes, group functions and route support services.

Led by Dan Kent, head of quality, the new system will create a single operating framework for Network Rail. The traumatic incident management standard will sit within this framework as part of a health and wellbeing policy and Peters hopes the standard's greater visibility will lead managers in the devolved businesses to take it up.

"We are going to have different training programmes for different individuals that will allow us to provide the options to the route businesses and the business functions," he says, "so they can decide what they want to take from it and implement in their different areas."

Mental health is a key component of Network Rail's periodic review 18 -- the strategy that sets the priorities for control period 6 (CP6) running from 2019 to 2024. The goal is to reduce mental health absence and improve the reporting of mental health conditions, supporting the aims of the Home Safe Plan (bit.ly/2J4B71C).

Peters will head a mental health and resilience project and, as CP6 nears, training will be ramped up and mental health and wellbeing champions appointed to raise awareness of trauma. But the process isn't without its challenges. Peters admits that line managers are not always the best first point of contact after traumatic events, especially for track workers.

"Network Rail has a diverse workforce with different intellectual abilities and health insights. Some might not go to the dentist as frequently as they should or look after their health. They also might not enjoy the best of relationships with their line managers," he says.

This is where the mental health champions could help. Peters is keen for them to be appointed but adds a caveat. "People who want to be champions often have a personal connection with mental health problems themselves," he says. "They are passionate about it, but they need to be very aware of the remit that they have and that they don't get any secondary symptoms as a result."

To avoid any potential problems, he says they must be closely monitored and supported.

But whether line managers or mental health champions are the first contact point, Peters's priority at this early stage of phase two of the programme is breaking the stigma around trauma and encouraging employees to have open conversations about what remains a highly sensitive issue: "If we can be more proactive rather than reactive, we make sure our staff get the correct treatment early on."