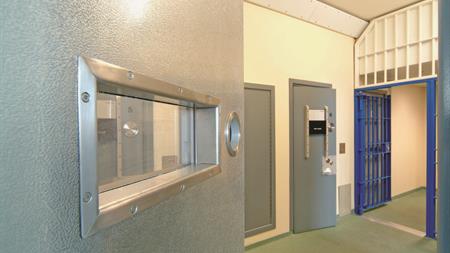 An individual could be charged with the offence if their gross breach of a duty of care towards an employee, or any other person, resulted in them being fatally injured at work.

The guidelines mark the first time the Sentencing Council has provided instructions to courts on how to deal with offenders convicted of manslaughter due to gross negligence. It follows a step-by-step approach, similar to that in the guidelines for health and safety offences and corporate manslaughter that were introduced in February 2016. It addresses culpability, the sentencing range and aggravating and mitigating factors.

Several issues can indicate high culpability, including if the negligent conduct was motivated by financial gain or avoidance of cost, if the offender showed a blatant disregard for a very high risk of death resulting from their conduct, or if they were the leader, where others contributed to the offence. Where such factors apply, the guidelines set a benchmark prison sentence of eight years and a range of five to 12. A combination of these factors could push the offence into the very high culpability range, for which the starting point is 12 years' custody with a maximum sentence of 18 years.

If, on the other hand, the negligent conduct was a lapse in the offender's otherwise satisfactory standard of care (indicating lower culpability), the starting point would be two years' custody and a range of one to four years.

According to the Sentencing Council only ten individuals were sentenced for gross negligence killing in 2016.

In a work setting, those who manage smaller organisations may be more likely to be charged with the offence.

Speaking to IOSH Magazine, Anna Hart, a senior associate in the healthcare regulatory team at law firm DAC Beachcroft, said: "In larger organisations it can be difficult to identify one single individual who is solely responsible for a particular breach. The management structure may be sufficiently complex to mean that decisions, acts or omissions are made collectively by more than one person, and the failing ends up being identified as an organisational or systemic issue rather than the gross failing of one individual person.

"In smaller organisations the chain between operational activity and ultimate management decisions can be shorter so it can be much easier to say there was one person who made a decision that directly impacted upon what was happening on the ground."

She continued: "One of the points within this guideline that organisations need to be wary of is offences that are alleged to be caused as a result of cost saving, or for financial gain. Regulators will always want to ensure that incidents could not have been avoided if a financial saving or cost benefit had been foregone.

"What organisations need to be thinking about when they are making decisions about budgeting and investment in their safety systems is that they have a sound and robust rationale for justifying the level of expenditure, based on sound risk management and not driven solely by financial considerations. They need to remember that this will be one of the first questions: was there a financial aspect to this incident?"

Having determined the offence category in steps one and two, the court must identify aggravating and mitigating features that may result in an upward or downward adjustment in the sentence.

Aggravating factors include previous convictions, if the offender ignored warnings about the risk, or if they involved others through coercion, intimidation or exploitation.

Mitigating features include attempts to assist the victim, or, for reasons beyond the offender's control, they lacked the necessary expertise or support which contributed to negligent conduct.

The guidelines are part of a suite that also cover manslaughter by reason of loss of control and by reason of diminished responsibility.

They will come into force on 1 November and must be applied in cases sentenced after, irrespective of when the offence occurred.