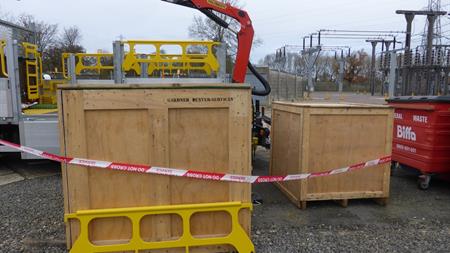 Paul Marsden, a substation craftsman for National Grid Electricity Transmission, was fatally struck by a remote-controlled lorry loader crane on 18 November 2016, as he and a colleague were moving a delivery crate filled with a compressor.
Aylesbury Crown Court was told that the accident happened on Winslow Road in East Claydon, Buckinghamshire, when Marsden was attaching the slings to the hook.
An investigation by the Health and Safety Executive (HSE) found National Grid Electricity Transmission, which owns the electricity transmission network in England and Wales, had not planned or supervised the lifting operation.
It also failed to ensure Marsden had received adequate training in the new lorry loader crane, in particular the additional risks due to the remote-control unit.
The company pleaded guilty to breaching s 2(1) of the Health and Safety at Work Act and reg 8(1) of the Lifting Operations and Lifting Equipment Regulations (LOLER). It was fined £334,000 and ordered to pay costs of £17,673.
HSE inspector Stephen Faulkner said: "This tragic incident could have been avoided if the company had properly planned the movement of the crate involved. Employers must recognise operating remote-controlled plant carry their own risks and should be managed appropriately, including through providing adequate training for employees."
Topics:
Lifting operations
Work equipment
Workplace transport
Sector: Energy
Manufacturing and engineering
News