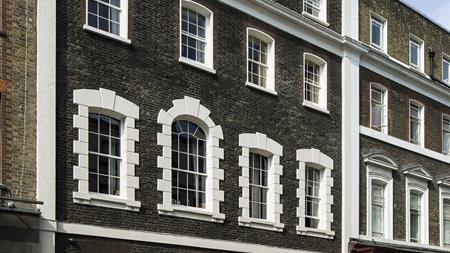 The Health and Safety Executive (HSE) visited two project locations, where In House Design and Build was the principal contractor, after workers and members of the public had raised safety concerns.

It made several visits during 2015, Reading Magistrates' Court was told, and served enforcement notices on the company for unsafe work at height, working in unstable deep excavations, and inadequate arrangements for planning, managing and monitoring construction work.

An investigation by the HSE found that the company had failed to address the risks at one of its sites four months after receiving the notices. Similar findings were made later that year at the second site, where poor welfare standards were also discovered.

In House Design and Build, which is the construction division of Soho House private members' clubs with a reported annual turnover of £62m, was fined £100,000 after it pleaded guilty to two breaches under reg 13(1) of the Construction (Design and Management) Regulations 2015 (CDM 2015).

Project manager Neil Crow, who had been responsible for operations at both sites, also pleaded guilty to two failures under the CDM 2015, by virtue of s 37 of the Health and Safety at Work Act. He was fined £15,000.

Speaking after the hearing, HSE Dominic Goacher said: "Principal contractors and their managers have a duty to ensure risks to workers are managed throughout the construction phase of the projects. It was only by good fortune that someone was not seriously injured or killed in this instance."