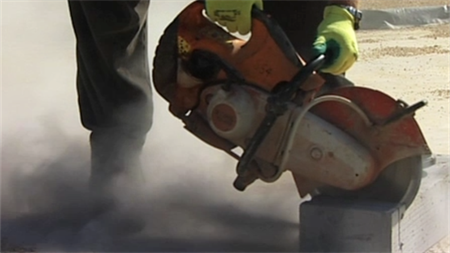 Research by the Health and Safety Executive (HSE) indicates that there have typically been between ten and 20 annual deaths from the life-shortening lung disease over the past ten years. According to an HSE report in 2014, silicosis is the second biggest health risk to construction workers after asbestos.

Silica is commonly found in stone, bricks and concrete. Construction workers are exposed to silica's associated health risks when they cut or break these materials. This can lead to chronic breathing difficulties.

The APPG, supported by B&CE, will call on expert clinicians, campaigners, industry bodies, academics and government to provide evidence to help ministers gain a greater understanding of the disease, to determine the financial burden it places on the NHS and the challenges it presents to productivity in the workplace.

Gregg McClymont, director of policy at B&CE, said: "Silicosis is a serious issue for the construction industry-¦ [and] still largely goes undetected. It's caused by the inhalation of tiny particles, released by activities like cutting bricks as well as using cement and other building products, which leads to the loss of lung capacity. But this is a preventable condition if the correct precautions are taken.

"We're calling on experts to submit evidence over the summer which we'll use as the basis for recommendations to the government."

Jim Shannon MP, the APPG's chair, said: "We will be presenting our findings to the government later in the year along with recommendations, which we hope will help to prevent it in the first place and assist patients with the best treatment and management of the disease."

Calls for evidence opened on 9 July when the inquiry was launched and close on 31 August.