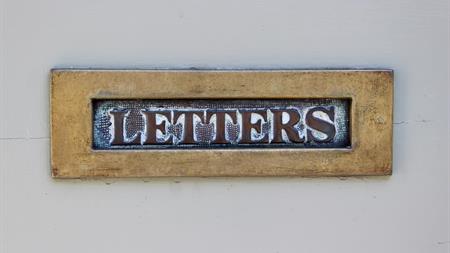 Vicky Ford, the MP for Chelmsford, has proposed a new bill that would amend the UK Building Regulations to prohibit developers from constructing "swathes" of properties with letterboxes at the bottom of their front doors.

Speaking in the House of Commons, Ford said: "Back injury is the primary cause of sickness in Royal Mail. Royal Mail has introduced better trolleys and training schemes to improve how staff lift, but despite this, last year it recorded over 16,800 back-related absence spells.

"The act of having to bend or stoop to deliver mail to low letterboxes is a significant factor and it cannot be overlooked. The occasional low-level letterbox is not a big issue but where developers fit row after row of front doors with ankle-high letterboxes, deliverers face repetitive stress."

"Each week across the UK there are, on average, 44 dog attacks on postal workers and every year there are 50 attacks from cats. Low-level letterboxes are much more difficult for deliverers to see, resulting in more hand injuries."

She called for all new letterboxes to be installed at a minimum height of 70 cm.

The Republic of Ireland banned all low-level letterboxes in 2001.

The second reading of the Low-Level Letter Boxes (Prohibition) Bill is scheduled to take place on 8 March.