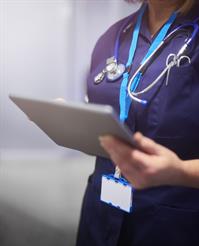 In a Facebook post, Dorset Police said: "There have been a couple of serious traffic accidents of note (not within Dorset Police) where the wearing of identity lanyards around the drivers' necks has exacerbated the severity of the injuries sustained. This type of accident is fortunately unlikely, however staff, officers and volunteers should be aware of the hazard and how to avoid it."
The safety warning comes after a driver, who was involved in a minor car accident, sustained a collapsed lung after the force of the airbag pushed the lanyard and pass into their chest.
"Had the person not been wearing their lanyard and pass at the time, they would have most likely walked away relatively unscathed," Dorset Police said.
In another incident, an NHS worker's bowel was perforated from keys attached to her lanyard.
Dorset Police advised drivers to remove their lanyards and staff passes when leaving the office and, where possible, use breakaway lanyards that unclip themselves if caught or stuck.
Workers at Public Health Wales and at least one school have also been warned of the potential risk, according to a BBC report.
Tim Harrison, chair of the NHS Wales Health and Safety Management Steering Group, said: "We have taken the step to ensure NHS Wales staff are aware of the hazard. This type of accident is unlikely, but we hope by raising awareness of the potential risk, NHS Wales staff who routinely wear these for work will remove their lanyard when travelling in a vehicle."
Topics:
Road safety
Healthcare
Transport and logistics
News