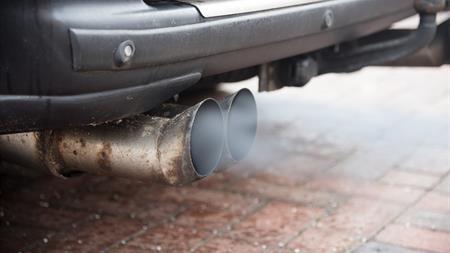 The Diesel engine emission exposure and risk of lung cancer in the UK report warns that, although there is evidence of a link between DEE exposure and lung cancer, it is unclear what agent(s) in the diesel is responsible.

It also notes that all the epidemiological evidence is based on exposure to DEE from older diesel technology. This means it is unclear whether exposure to exhausts from modern diesel engines remains a cancer risk.

The report follows a request from the HSE for the committee of scientific and medical experts to review published evidence on the link between lung cancer and DEE exposure, as well as to explore whether the introduction of new technology is reducing this risk.

The WHEC describes a two-track system when it comes to technology upgrades with the engines used in non-road mobile machinery such as construction and agricultural machinery lagging behind upgrades in vehicle technology.

Regulation for non-road mobile machinery has been in place since 1997 under EU (Directive 97/68/EC) with emission limits reducing in subsequent years. However, there is little evidence as to the rate at which old technology is being replaced by engines operating under the higher EU standards.

When it comes to upgrades to both vehicle and non-vehicle engines, the report acknowledges that technological advances have reduced worker exposure to diesel emissions. What is unclear is how much introducing modern engines has reduced workers' lung cancer risk.

"The epidemiological evidence suggests that the increased risk of lung cancer occurs at very low exposure levels and that it would be necessary to control exposure to near environmental levels to eliminate and excess cancer risk," warns the report.

That being said, the likelihood is that workers are still being exposed to older engines and so the "rapid introduction of new diesel engine technology should be encouraged".

The report makes a series of recommendations, including the need for more research into the use of old technology vs new technology and an assessment of the number of workers facing exposure.

More work also needs to be carried out investigating the impact of existing regulations on those workers exposed to non-road diesel engines.

Epidemiological studies are also needed to explore worker exposure to old and new diesel engines, looking at early markers of effect, along with studies to estimate current levels of worker exposure to elemental carbons as well as other markers such as NOx, CO or CO2.

The WHEC was formed in 2015 to provide independent expert advice to the HSE by identifying and assessing new and emerging issues on workplace health.