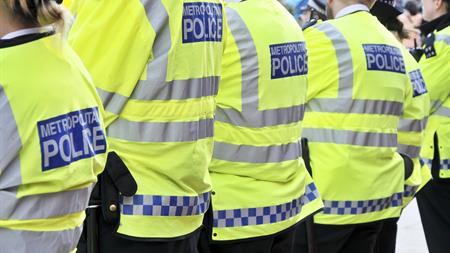 Four-fifths (81%) of the 10,987 people who responded to the national online survey said they had experienced at least one mental health issue or physical injury due to their police work, and 76% of those said it was in the past five years. Almost half (45%) had to take a week or longer off work as a result.

Forty-three per cent said they had experienced a mental health issue, such as depression, anxiety, stress or post-traumatic stress disorder (PTSD), within the past five years and had taken time off work as a result. This was the single most frequently reported cause of police "injuries", followed by physical assaults (involving no weapons), which resulted in 21% of workers taking time off.

Police workers cited anxiety (42%) and depression (37%) as the two most common reasons for taking a week or more off work in the past five years. Sixteen per cent had taken time off due to PTSD.

The findings also highlight an under-reporting of mental ill health within the police service. Participants expressed concerns about informing their forces of psychological problems for fear it could remain on their personal records and hinder their career progression.

One respondent said: "There is that concern that if you go through work to ask for help for counselling or anything like that, your file is marked-¦ if you tell them exactly how you're feeling, then they might try and remove you or move you to a department that you don't want to be in, or change your career in some way."

Another said: "I have heard colleagues over the years saying 'I can't disclose that I've got depression ... I'm not going to go through occupational health (OH) for that because that might shut some doors on my career'."

The research found that better support for the mental health needs of officers was needed, such as greater training to help identify the impact of some types of work, quicker access to treatment and rehabilitation services, and the opportunity to talk about issues that might be affecting them.

Some 68% of respondents said the service needed to prioritise support for mental health needs following a major incident.

"Policing is taking its toll on those with physical injuries, but even more so on colleagues who are dealing with psychological trauma. These invisible injuries need to be seen and understood, not just by the police forced but by politicians and the wider public."