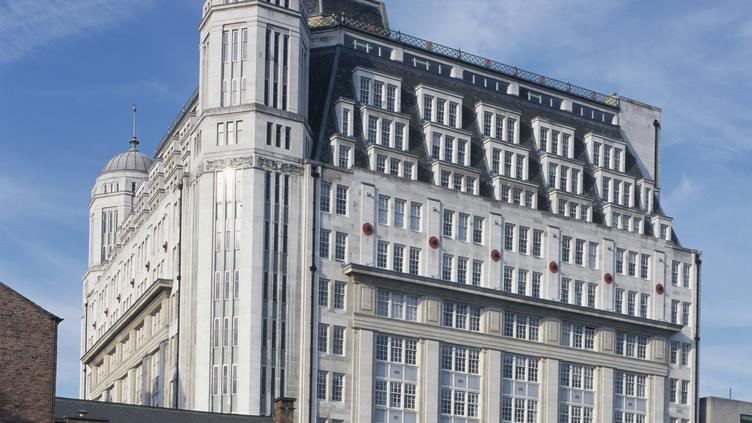 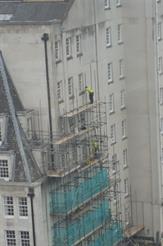 Greater Manchester Magistrates' Court was told that a former Health and Safety Executive (HSE) inspector photographed 27-year-old Terrance Murray standing on a platform on Quay Street, Manchester, on 30 June 2017. He was erecting scaffolding on the Grade II-listed Sunlight House ahead of window refurbishment work.

The photograph shows that he was accompanied by a trainee scaffolder.

The HSE found that Murray's employer had taken reasonable steps to reduce the risk of any of its employees falling while working at height. He had been well trained and given the correct personal protective equipment to carry out the job safely.

The executive concluded that Murray had worked "against his better interest" and had "set an unsafe example" for the trainee. It was likely he would have died from his injuries had he fallen on to the car park below, it said.

Prosecuting, Seb Gomez, said Murray had not been under pressure to complete the work quickly: "We believe it would have been more than reasonable to expect Mr Murray to follow his ample training and eight to nine years of experience to carry out his job correctly rather than deliberately cut corners for what was in effect little real gain other than time."

Murray, who no longer works as a scaffolder, pleaded guilty to breaching s 7(a) of the Health and Safety at Work Act, for failing to "take reasonable care for the health and safety of himself and or other persons who may be affected by his acts or omissions of work".

He told district Judge Mark Hadfield that it was a "moment of stupidity" before being was sentenced to 26 weeks in prison, suspended for 12 months, and 100 hours of community service. He was also ordered to pay £615 in costs and victim surcharge.

HSE inspector Seve Gomez-Aspron said the case "serves to remind employees that they have a duty to look after themselves."