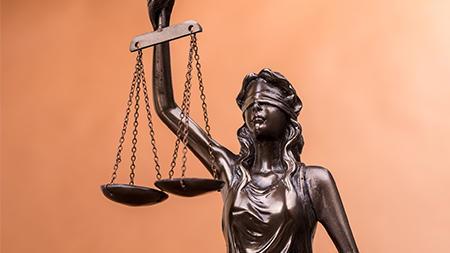 The subcontracted worker sustained a massive rotator cuff tear of tendons and ligaments around his shoulder joint after falling backwards off a step-up work platform while working inside a modular unit at Ossington Road, Carlton-on-Trent, Newark.

The injury prevented the painter and decorator from working for two years after the accident on 17 July 2013. He can no longer work above shoulder height.

The 48-year-old was standing on the platform to reach the ceiling when the accident happened. As he painted he saw sparks coming through a hole in the wall next him. As he moved away he twisted his head and neck, lost his balance and fell back off the step, landing on his side on the floor.

He confronted a worker who was removing a metal strip outside next to the hole in the wall who said he had been told there was nobody inside the unit.

The injured man was taken to hospital and was initially diagnosed with soft tissue injuries. When his pain continued, he was signed off work by his GP. Six weeks later, there was still no improvement and he visited a physiotherapist. Five months after the accident, he was referred for an MRI scan, which confirmed the rotator cuff tear and he underwent surgery to repair the tear. He had to wear a sling for 12 weeks and had six months of intensive physiotherapy.

Personal injury solicitors Hudgell Solicitors, which was acting for the claimant, reported that Caledonian Modular, which manufactures and constructs buildings using offsite volumetric techniques, had initially accused the worker of lying and making up a claim.

Leanne Stephenson, who brought the case, said: "The initial response [from Caledonian Modular] was to claim our client had not been working in the room at the time another workman was cutting on the outside, and that there had been no accident at all.

"They alleged paint which had been spilled from his fall had been put there deliberately by him and that his injury had been caused by other activities."

However, in November 2017, a few weeks before the case was due to be heard at Hull County Court on 22 December, Caledonian Modular's legal representatives admitted the accident had happened but denied it had caused the worker serious injury.

At the hearing Judge Sarah Richardson accepted the claim that the injury had happened as a result of the accident and used evidence from consultant orthopaedic surgeon Christopher Shaw on the extent of the painter and decorator's injury to decide the damages.

Hudgell Solicitors said the company had failed to carry out appropriate risk assessments, did not provide a safe system or place to work and exposed the painter to "foreseeable risk of injury" by allowing him to work inside the unit while cutting work was taking place.

The judge ruled that Caledonian Modular did not have suitable safety measures and was at fault for the accident.

The compensation settlement included damages for pain, suffering and loss of amenity, loss of a reduction in earnings through to retirement age, being left disadvantaged in the labour market and additional costs and expenses incurred due to his injury.