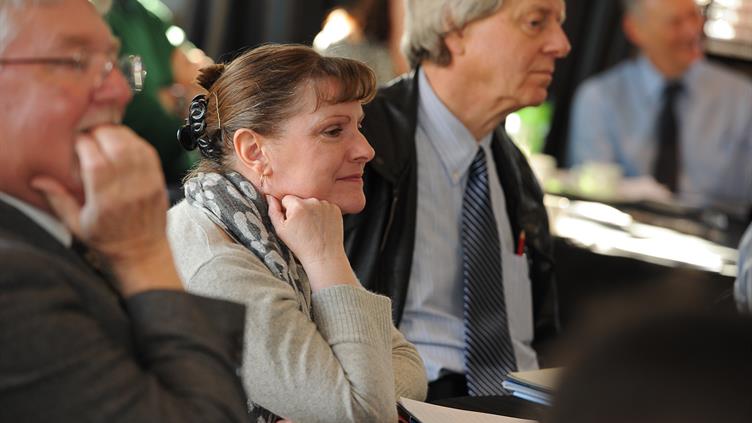 Fictional firm 'Scott Painters Ltd' was fined £200,000 after a painter and decorator sustained serious injuries in a fall from a mobile tower.

The event, held on Tuesday 12 April, was the conclusion of a four-part series organised by the Merseyside branch of the Institution of Occupational Safety and Health (IOSH).

The mock trial was attended by safety and health professionals -- who acted as the jury. The scenario described to them was that 'Michael Johnson' had been painting a high wall at a shopping centre.

He told them that the mobile tower he was working from was missing guardrails and a toe board. He said that he had previously expressed concerns about missing equipment to the managing director 'Peter Scott', but he had not acted on it. It was also revealed that Mr Johnson did not have up-to-date training.

In the scenario, Mr Johnson fell from the tower, breaking his right leg in two places, fracturing a wrist and cracking four ribs.

The jury found the firm guilty under the Health and Safety at Work etc Act. In passing sentence, the judge said: "A failure to provide basic safety equipment such as guardrails for a standard piece of equipment such as a mobile access tower is of itself a significant failing.

"I am persuaded by the evidence of Mr Johnson that he had previously raised his concerns about the absence of safety equipment and that they were not well received. I see that poor safety culture, therefore, as a further indication of a significant failure on the part of the defendant.

"On any sensible and pragmatic view, working from an unguarded platform three metres in the air carries a high risk of death or serious injury should a fall from height occur. It is no defence to try to argue that Mr Johnson should have been able to prevent his own fall simply because he knew the platform had a missing guardrail."

The mock trial was held at The Village Hotel, Bromborough. Gareth McManus, from law firm Pinsent Masons, and Jackie Western, from the Health and Safety Executive, took part in the event.

The series was held by the branch to demonstrate the pitfalls of companies taking shortcuts with safety equipment. The first event, held in March 2015, saw the accident scenario played out. Two further events saw accident investigations carried out, leading to the trial.

After the mock trial IOSH Merseyside branch chair David Collins, who played the role of Peter Scott, said the series had been a success and had "brought the scenario to life".

He said: "If Peter Scott had taken note of Michael Johnson's concerns about missing safety equipment, the situation could have been avoided.

"Working from height is something which is not without risk. However all workers in all industries should be covered by a culture of care. In this instance such a culture would have ensured there was the right safety equipment, as well as appropriate training given to employees.

"Having events such as this brings the scenario to life. It showcases the seriousness of not having robust safety and health policies."