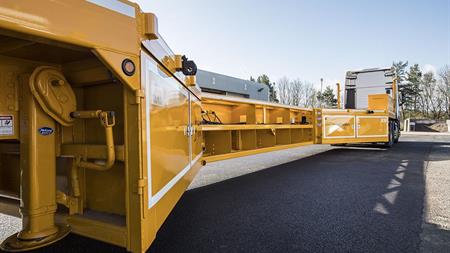 Highways England and construction firm Kier have deployed the 21 m-long, 16 tonne mobile barriers, which were originally designed by the US military to protect soldiers against roadside bombs, to aid roadworkers and cut delays by reducing the number of cones needed.

The mobile equipment acts as a physical barrier and absorbs the impact from a moving vehicle if struck from the side. A lorry-mounted crash cushion provides further protection at the rear, says Highways England, which is investing £150m in emerging technologies and new materials to improve road safety.

The government-owned company charged with operating, maintaining and improving England's motorways and major A roads, has also rolled out four new solar-powered closed-circuit television systems in the West Midlands.

The mobile systems can be deployed to different locations to provide surveillance and feed back information about traffic flows to Highways England's control room. One of the systems is currently being used at junction 6 on the M42, near Birmingham International Airport, and organisations can access the information from this camera to plan journeys.

In another innovation, Highways England is testing self-driving trucks that could help speed up roadworks.

The dump trucks, which can shift huge volumes of earth, provide the potential to work around the clock, so could help reduce the length of time roadworks are on the ground, says the company. The fact that they are autonomous also means they could reduce the risk of road workers being involved in incidents on site.

Highways England has committed £150,000 from its innovation designation fund into the dump truck trial on the A14 between Cambridge and Huntingdon.