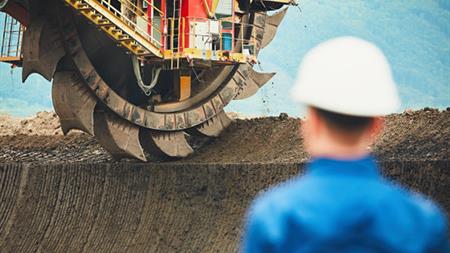 Research found 331 fatal workplace injuries were reported in the mining sector between 2015 and 2016.

The index notes that this offers "pause for thought" as nearly all the companies evaluated had made formal commitments, supported by senior management, to provide a safe and healthy work environment. These were backed up with financial and staffing resources.

There was also evidence of widespread action on tracking workplace safety and health, with most companies checking their performance through audits, reviews and investigations. The majority also demonstrated how they had acted on the findings.

However, although several of the companies had stated a commitment to protect their female workers from intimidation, harassment and sexual exploitation, only 20% had taken specific measures to address these issues. Just one firm explicitly mentioned the issue of gender-based violence.

Similarly, several firms had made commitments to provide gender-appropriate personal protective equipment (PPE), health services and/or sanitation facilities but only a small number could provide evidence to show they had taken action on this.

Little or no action was also found on issues such as child labour, preventing all forms of discrimination in the workplace, tracking the performance of worker grievance mechanisms, and checking that workers' wages met or exceeded living wage standards.

The index also highlights leading practices from across the mining industry.

In 2014 AngloGold Ashanti assessed the risks female workers faced using PPE that originally had been designed for men, and ranked them as low, medium or high. One high-risk issue identified was the dust mask, which was too big and not sufficiently close-fitting to be effective.

The assessment generated recommendations on how these risks could be mitigated by, for example, making available alternative designs or smaller sizes for particular items of equipment.

Glen Mpufane, director for mining at trade union IndustriALL, said: "It is no surprise to us that mining companies have performed so badly on the key theme related to working conditions.

"To us, this result is a confirmation of our long-held view that the mining industry, despite their protestations to the contrary, continue to disregard the aspirations of their workers, even though they want us to believe that workers are their most important asset."

Peter Colley, national director of research at Australian trade union CFMEU (the Construction, Forestry, Maritime, Mining and Energy Union) who participated in the developed of the RMI, added: "Rather than simply looking for company statements of principle and intent on an issue, the index seeks to drill down looking for documentary evidence on what practices have been adopted, and then what performance and monitoring is occurring."

The index focuses largely on company-wide behaviour while also looking at site-level actions at 127 mine sites. It aims to encourage continuous improvement in responsible mining across the industry by transparently assessing the policies and practices of large, geographically dispersed mining companies.