Millionaire businessman and foreman convicted for manslaughter over fatal fall 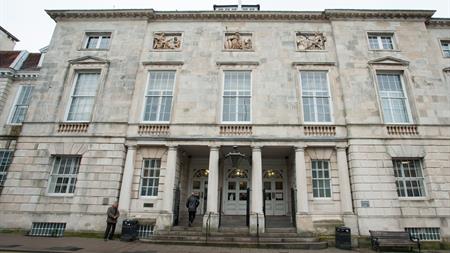 The incident, which took place in September 2014, occurred only a year after a Health and Safety Executive (HSE) inspection identified poor work at height standards at the same site, and work was stopped until improvements were made.

The HSE had found numerous openings in the first floor, through which anyone working in the building could have fallen several metres. Training for site workers was also found to be inadequate.

Lewes Crown Court heard this week that 55-year-old carpenter David Clark was crossing a void on the first floor of Stanmer Park Stables, Brighton, West Sussex when the incident happened.

As he stepped on a scaffolding board, it snapped and he fell 4.5 m to the ground. Clark suffered head injuries and a broken neck. He was airlifted to St George's Hospital, Tooting in London where he remained immobile for weeks. Clark was moved to Royal Sussex County Hospital in Brighton a month later but his immobility led to him developing deep vein thrombosis and he subsequently died.

The court heard that Michael Holland, 69, sole director of renovation company Cherrywood Investments had made a number of visits to the site and was able to see the unsafe conditions but had failed to act to stop work or remedy them. Holland's site foreman, Grant Oakes, 46, had also let work continue without adopting adequate safety measures.

Oakes had attended a site management training course after the HSE visit in 2013 and had been instructed about working at height and how to carry it out safely. However, despite the training and additional advice from the HSE, standards had slipped over the past year.

Gail Purdy from the Complex Casework Unit at the Crown Prosecution Service South East said: "This has been a complex case to bring to court. In addition to the manslaughter charges, careful consideration had to be given to additional charges under health and safety legislation. To do this, we had to prove there had been a total failure by the individuals and the company to undertake their responsibilities for the safety of their employees on site."

Purdy added that the evidence gathered in the investigation showed that both men visited the site regularly and would have seen the conditions, which included work being carried out with voids that someone could fall through. Neither individual did anything to prevent this from happening.

"Holland completely failed to grasp his personal responsibilities and even went as far as to blame the victim for his own death, despite having previously been advised by the HSE of the measures that needed to be taken on site," she added.

The defendants will be sentenced at Lewes Crown Court on 21 July 2017.