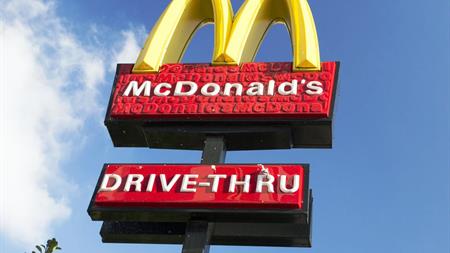 Road signs for the restaurant's drive-through and car park entrances were unclear and Danny Osborne had been asked by his shift manager to go outside and direct customers.

While he was doing so a motorist became "aggressive" and drove into Osborne, who was 17 at the time, fracturing his knee.

Thurrock Council brought the prosecution after its investigation into the incident on 18 April 2014 found McDonald's had not trained its staff how to direct and control traffic.

Basildon Crown Court was told that less than a year before Osborne was struck two other workers had sustained minor injuries while directing traffic outside the same restaurant.

Representatives of McDonald's, including vice president of its south UK operations, Jon Betts, pleaded guilty to two breaches of health and safety regulations.

Prosecuting lawyer Richard Heller said: "At no stage had the company contemplated that employees may have been at risk from either an accidental or deliberate collision."

A McDonald's spokesperson told IOSH Magazine: "We can confirm that we were involved in a hearing last week at Basildon Crown Court regarding an incident concerning an employee, at our West Thurrock restaurant in 2014. At the time the restaurant was wholly owned and run by McDonald's Restaurants Limited and has since been taken over by a franchisee.

"The incident took place in the car park of the West Thurrock restaurant, and involved a customer vehicle and employee who was assisting the flow of traffic around the car park. The safety of both our customers and people is our priority and we have apologised unreservedly to the employee in question for what took place.

"This was an unusual car park layout and following the incident we immediately took temporary measures to alter the flow of traffic in the car park until planning permission could be sought for permanent alterations. The permanent structural alterations made in September 2014 improved the layout of the car park meaning that none of our employees are required to assist with traffic management.

"During the trial the health and safety procedures we have put in place throughout the restaurant portfolio were praised by the judge. He said 'McDonald's procedures are very thorough' and 'I accept and have seen evidence of McDonald's rigorous approach to procedures'."