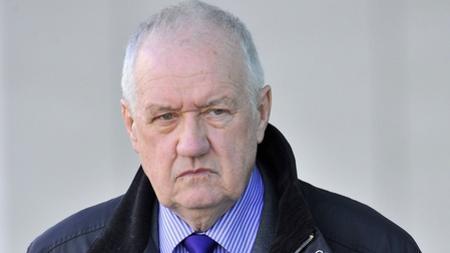 The former South Yorkshire police chief David Duckenfield, 74, who denies the gross negligence manslaughter of the fans crushed to death at Sheffield Wednesday Football Club's ground, had demonstrated "extraordinary bad failings", according to Richard Matthews QC, acting for the prosecution.

Jurors at the trial, which opened on 14 January at Preston Crown Court, were told that "many individual failures" contributed to the tragedy, which unfolded during a FA Cup semi-final between Liverpool and Nottingham Forest football clubs at Hillsborough stadium in Sheffield, South Yorkshire on 15 April 1989.

However, Matthews said that it was the prosecution's case that Duckenfield's failures to discharge his personal responsibility contributed substantially to the deaths of the 94 victims who died at the ground on the day and Lee Nicol, who died two days later from his injuries. Duckenfield cannot be charged in relation to the death of a 96th victim, Tony Bland, because a manslaughter charge in 1989 could not be applied if the victim died longer than a year after the alleged criminal acts took place. The Liverpool fan sustained severe brain damage in the crush and remained on life support for four years before his family sought a court application to turn off the machine.

Sheffield Wednesday's former safety officer Graham Mackrell, who appeared in court alongside Duckenfield, has pleaded not guilty to two health and safety offences relating to the stadium. He pleaded not guilty to one charge of contravening Sheffield Wednesday FC's safety certificate for the ground under the Safety of Sports Grounds Act 1975, and one offence of failing to protect the fans under the Health and Safety at Work Act.

The BBC reported that the ground's safety certificate had not been updated or amended since it was granted in 1979, a decade before the incident. Matthews said: "Few of those involved with the safety certificate appear to have performed their function diligently."

On the day of the FA Cup semi-final, the court was told that 10,100 Liverpool fans had to pass through seven turnstiles at the stadium's Leppings Lane end. The fans were crushed in standing-only "pens" at the Leppings Lane terrace.

The Independent reported that there were fears of injuries at the turnstiles outside the stadium and a large exit gate known as Gate C was opened "following requests for Duckenfield to do something to alleviate the crush."

The prosecution told the jury that a large crowd was "naturally drawn" through a tunnel directly in front of the turnstiles, down a slope and into fenced pens where there was "no means of escape".

Duckenfield, the prosecution argued, "gave no thought to the inevitable consequence of the flood of people through Gate C. He made no attempt to even monitor what was occurring, let alone take a step to avert the tragedy."

The prosecution added that the match commander's failure to identify the potential confining points and hazards to safe entry at the stadium was "extraordinary".

But defence QC Ben Myers argued that it was "wrong and unfair" to apportion personal blame to the former South Yorkshire police chief for the catalogue of failings that led to the disaster.

The defence added that Duckenfield, who was brought in as match day commander three weeks before the FA Cup semi-final, should not be judged by 2019 standards of policing at football events.

In June 2018, Judge Sir Peter Openshaw lifted a prosecution ban, known as a "stay", which had been imposed by Mr Justice Hooper in 2000 to prevent further legal proceedings being taken against Duckenfield.

According to The Telegraph the case is due to last until May.

Three other men face criminal charges in relation to Hillsborough: Donald Denton, a former chief superintendent for South Yorkshire Police; Alan Foster, a former chief inspector and Denton's deputy; and Peter Metcalfe, the solicitor who acted for the South Yorkshire Police. All three are charged with perverting the course of justice, relating to changes made to the witness statements.