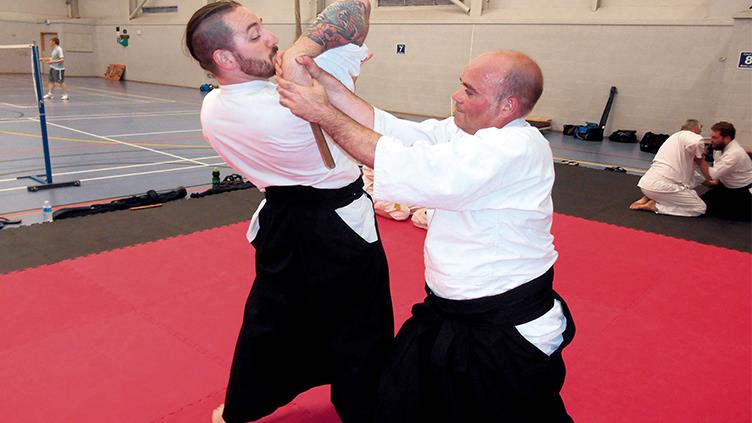 Aikido is a Japanese martial art. It's not about competition; it's really all about self-defence, and that suits me much better than boxing and kickboxing. You're not there to gain medals -- you're there to learn to defend yourself against attack.

I stopped practising aikido at about 25, but I got back into it four years ago. The reason I restarted was mainly to do with general fitness. When I took it up again I'd just turned 40 and I felt as though I needed to start doing something. A local class had started near me and it sounded good so I went along. 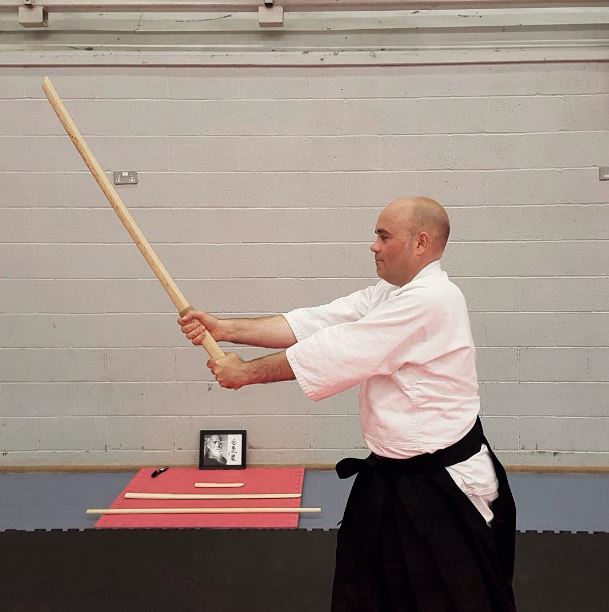 I train between two and five times a week now. It's a very friendly class. I've made really good, lifelong friends through aikido, and the sensei -- the teacher -- is a great man. Historically in martial arts, the sensei is the person you go to for advice, and I would go to our sensei for help with all kinds of life issues.

Aikido is based on Japanese sword work, although we practise without a sword much of the time. It's really interesting to learn about a different culture and to learn some of the language. You learn about the ethics, bowing and so on, and the moves are all taught in Japanese. We use wooden weapons -- at least until the higher grades, when you can use a proper sword -- and learn to defend against knife attacks and sword attacks.

I'm small, but that's not important in aikido, surprisingly. When you're boxing, you might be great, but if you're small and you come up against someone who is 1.9 m, you're going to find it hard. In aikido, it doesn't matter if you're smaller. The sensei at my club is probably around 162 cm and in his seventies, but it's amazing how subtlety compensates for lack of height.

It's not about being competitive. Traditionally in aikido there isn't a complicated system of belts to mark your level of competence, as in some other martial arts; you go from a white belt straight up to black belt once you've trained enough.

My safety and health knowledge helps with the club's understanding of the law, and aikido has helped me be more relaxed in my working life

I've found often that people at clubs don't really understand their safety and health responsibilities. They take out an insurance policy and think that's enough, but of course they still have duties. When I started at my club I pointed out that if someone was injured they could claim against us; and I was able to help with risk assessment and putting in controls. We risk assess new joiners and teach them in a different manner.

We did have a case against us, but it was dropped [because of the measures we had implemented]. Many club leaders don't appreciate that, though they may not run a club as a business, they charge a fee and so they are responsible.

In the four years since I took up aikido, I've found it helps to control the stress of my day job. When I train, it's a very relaxing atmosphere. I suffer from depression and it has helped with that: you forget about other issues.

People say that a lot about martial arts -- training distracts your mind and brings things back down to earth. So it works both ways: my safety and health knowledge helps with the club's understanding of the law, and aikido has helped me be more relaxed in my working life.

We offer self-defence classes for women, classes for visually-impaired people, and classes for children aged seven and over. I have two daughters and I would certainly teach them things such as defending against grabbing hands.

We do lots of stretching so aikido is good for people with back or shoulder injuries. There's no upper age limit -- at my club we have people in class in their sixties and seventies. There's a massive range of people. And you don't have to be fit when you start. Obviously to get to black belt you need a level of fitness, but you work up to it. Aikido really is for everyone.