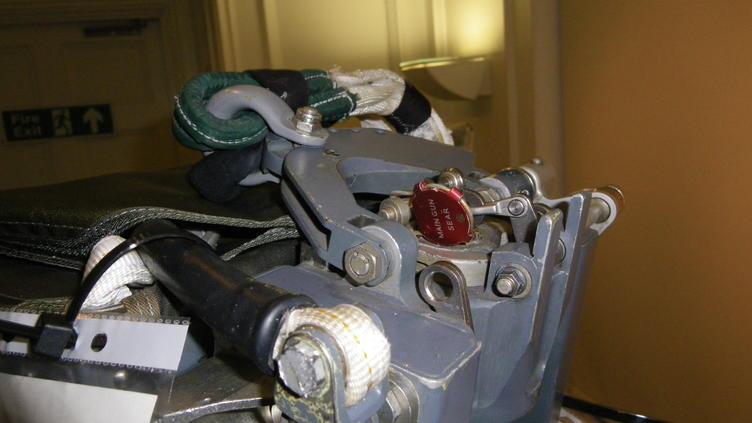 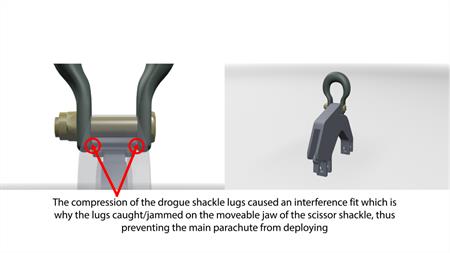 Flight Lieutenant Sean Cunningham, 35, was carrying out pre-flight checks on his Hawk TMk1 XX177 jet at around 11am on 8 November 2011, preparing for routine flight training. The aircraft's engine was running but it was stationary on the Royal Air Force Scampton airbase in Lincolnshire.

Cunningham's Mk10 ejection seat inadvertently fired and sent the pilot into the air. The main parachute on the seat failed to open and he fell to the ground, sustaining multiple injuries. He later died in hospital.

Martin-Baker director John Martin entered a guilty plea on behalf of the company at Lincoln Crown Court on 22 January to breaching s 3(1) of the Health and Safety at Work Act.

The court was told that the parachute did not deploy due to a mechanical fault that Martin-Baker had known about since the 1990s.

On the day of the accident Cunningham was ejected from a grounded stationary position, known as a zero-zero ejection (zero altitude and zero airspeed). The drogue chutes were caught by a much lower air resistance and therefore exerted insufficient force to free the two shackles holding the main parachute.

Health and Safety Executive (HSE) inspector David Butter told IOSH Magazine: "Had the aircraft been travelling at over 50 knots [93 kph] the additional force that would have been applied from the drogue parachutes would have pulled it through cleanly. This only presents itself in a zero-zero or low speed ejection."

However, Butter added that the Mk10 seat was designed to rescue a pilot from a zero-zero ejection. "Even though it was inadvertent, Sean Cunningham should still be here today to talk about it. This should have been a survivable ejection," he said.

There had been 24 successful zero-zero ejections since 1959, the court was told, and 16 of these involved the same parachute deployment mechanism as that which failed on the day Cunningham was killed. There was also a successful zero-zero ejection test in 1995 using the same assembly. The incident in November 2011 was the only such ejection where the main parachute did not deploy.

An investigation found that during a routine inspection on the Hawk jet in October 2011, a Royal Air Force (RAF) engineering technician overtightened the locknut on to the bolt of the drogue shackle to 1.5 threads. This compression meant the width of the scissor shackle was wider than the gap between the outer ends of the lugs on the drogue shackle, known as an "interference fit". The two parts jammed and were unable to separate.

Only the force created by the drogue chutes in an ejection at 50 knots or more would have been able to overcome the interference fit.

The HSE said that in 1990 McDonnell Douglas, a manufacturer of US military aircraft fitted with Martin-Baker ejection seats, wrote to the company warning it of the risk of an interference fit and potential jamming of the shackles. Defence, security and aerospace firm British Aerospace then raised similar concerns over the drogue and scissor shackle arrangement a year later.

Between 1990 and 1992 Martin-Baker introduced a written warning in its user manuals which read: "Warning. To prevent possible pinching of the scissor shackle, which may cause hang-up of the drogue shackle during ejection, do not overtighten or torque load the drogue shackle nut and bolt."

The manuals were provided to five overseas air forces only, in India, Pakistan, Egypt, Italy and Finland; the RAF/Ministry of Defence was one of several customers that were not told about the issues with the overtightening of the shackles.

Butter said: "In light of this correspondence and the overseas manuals, it was our view that Martin-Baker had failed to adequately control the risk of an interference fit."

At the inquest into Cunningham's death in 2014, coroner Stuart Fisher criticised Martin-Baker for this "very serious failure of communication".

The inquest also heard the ejection seat firing handle was in an unsafe position and could have accidentally activated the seat. He said the safety pin that went through the firing handle was "entirely useless" and was "likely to mislead".

Butter said: "Regardless of whether Sean needed to exit the aircraft or not, he still should have survived. The HSE didn't look at what initiated [the ejection] because had he needed to use it, the outcome would have been the same."

After the accident Martin-Baker modified the release mechanism with a shouldered bolt to design out the risk of an interference fit. It also introduced a new housing for the safety pin.

Handing Martin-Baker the fine on 23 February, Mrs Justice Carr said: "Flt Lt Cunningham was a fit and professional trained pilot, aged only 35 years, with a promising future ahead of him. This was, in the words of his father, an entirely preventable tragedy."

Of the sentencing guidelines she added: "I have regard to the guideline, considering the very recent authoritative guidance of the Court of Appeal in Whirlpool UK Appliances Limited v R (upon the prosecution of Her Majesty's Inspectors of Health and Safety) [-¦] The court in Whirlpool addressed in particular the correct approach to sentencing large and very large organisations, and the relevance of the offender's financial circumstances.

"The decision in Whirlpool makes it clear that no two health and safety cases are the same. There is inherent flexibility in the guideline, which is not a straitjacket." (See the table below for how she applied the sentencing guidelines.)

Martin-Baker said after the sentencing: "This tragic accident was the result of an inadvertent ejection and main parachute deployment failure due to the overtightening of the drogue shackle bolt.

"In November 2017 the HSE confirmed that the inadvertent ejection was not caused by any fault attributable to the company.

"Upon receiving clarification of the HSE's case, the company accepted a breach of s 3(1) of the Health and Safety at Work Act, on the basis that it failed to provide a written warning to the RAF not to overtighten the drogue shackle bolt."

Its operations manager Harvey Wild said: "We understand that a great deal of time has passed since this tragic event. However, this was an extremely complex investigation and no prosecution could be initiated until after the inquest and other inquiries had concluded."