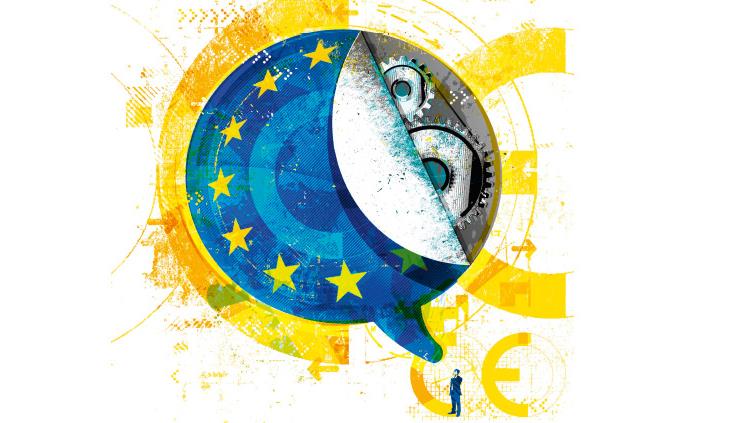 One of the many issues yet to be clarified ahead of the UK's departure from the European Union (Brexit) is the future of product safety and health legislation. The government's Great Repeal Bill revokes the European Communities Act (ECA) 1972 and provides for all EU regulation to be copied across into domestic UK law to ensure a smooth transition on the day after Brexit. The government will then have the power to "amend, repeal and improve" laws in subsequent years.

Much of UK safety legislation is based on EU directives and regulations and implemented as statutory instruments (SIs). These allow the provisions of an act of parliament to be brought into force or altered without the need to pass a new act. The conditions of membership of the EU include passing the provisions of directives into national law. EU regulations, on the other hand, have direct effect in law in member states without the need for translation into national law; the REACH chemicals authorisation and registration legislation is one example.

Consumer protection is covered by the Consumer Rights Act (CRA) 2015. The legislation is concerned primarily with fair trading, but it does require products to be fit for purpose and safe. The CRA does not refer to EU requirements and should be little affected by Brexit, although trading standards officers may need to find different criteria from EU requirements for what constitutes a product that is "fit for purpose" from a safety point of view.

Workplace safety is based on the "six pack" regulations, which cover issues such as work equipment, manual handling and personal protective equipment. These regulations too should be little affected by Brexit. They are based on general requirements but some do reference EU CE marking regulations as a criterion of safety. If CE marking is no longer valid in the UK after Brexit, different safety criteria would have to be substituted.

Product safety is potentially a difficult issue. Because EU directives and regulations are guarantors of free trade rather than safety, the UK SIs in this area are based on Article 95 of the 1957 treaty that established the European Community which concerns free trade -- and were consolidated in 2007 by the Treaty on the Functioning of the European Union. Article 95, enshrined in UK law in 1972, would be repealed on Brexit, leaving the UK regulations with no legal basis.

Conformity with the directives and regulations is indicated by a CE marking on the product or packaging plus a written declaration by the manufacturer. Accredited notified bodies appointed by EU member states offer varying degrees of third-party inspection and control.

There are 22 CE marking directives and regulations at present and they cover consumer and industrial products, including toys, medical devices, machinery, lifting equipment, gas appliances, consumer electrical appliances, and industrial safety equipment. They mainly concern safety but some are wider ranging and cover noise and environmental issues, for example.

The basis of conformity is with the essential requirements of the directives and regulations that are defined further by harmonised EN standards. There is also the General Product Safety Directive (GPSD). This does not include any provision for CE marking but provides a general duty to supply safe products that are not covered by more specific regulations.

Leaving issues such as customs tariffs aside, UK manufacturers wishing to continue to export to the remaining 27 member states will face the same problems and costs as those outside the bloc do now. They are not insurmountable but they are an extra burden.

The key questions are what happens to the UK's own product safety legislation and how burdens on manufacturers, exporters and importers can be minimised. The consensus in industry appears to be that what we have now, though not perfect, works well and there is considerable resistance to change.

The government needs to consider what, if anything, would replace CE marking as an indicator of product safety and what criteria would be used in future. There are various options, which will be dictated by the UK's negotiators and the other members of the union.

The first option would be for the UK to remain in the EU customs union. In this case, little would change from a product safety point of view as EU free trade directives and regulations would continue to apply. The existing arrangements could remain in place with little modification except a change in the SIs from referring to the ECA to whatever implements the customs union agreement. Before the UK general election in June the government indicated that its negotiators would not try to achieve this "soft" Brexit outcome.

The second option is a mutual recognition agreement (MRA) between the EU and the UK for CE marking, product safety directives and regulations and EN standards. This would produce minimal disruption to consumers, manufacturers, importers and exporters because the current arrangements would be little changed. The UK would continue to recognise the CE marking and the tests that confer the marking process as a means to demonstrate that a product is safe. The UK would recognise certificates issued by EU-notified bodies and the EU would recognise certificates issued by UK-notified organisations.

This approach would be in line with the government's stated aim of making a new customs agreement that meets the best interests of the UK. But an MRA might be politically difficult since it would require the UK government to continue to align UK regulations with developments in EU law and there are no precedents. It would require complex negotiation with the EU to agree to recognise the UK laws. And the UK would have to continue to accept CE markings, which might be politically unacceptable. The UK would have no influence on future direction of EU directives and regulations and legal reasons could emerge that questioned acceptance or use of a product safety system based on a foreign organisation's laws.

The third option is that the UK could unilaterally continue to accept EU CE marking and the process and requirements set out in directives and regulations as indicators of safe products. The UK would accept certificates from EU notified bodies, but there would be no reciprocal acceptance by the 27 EU countries. This may not be possible outside the customs union and it has the same political problem as the second option of putting UK product safety requirements under EU control with even less possibility of influence. It does have the advantage of providing continuity for manufacturers and users and does not require complex negotiation with the EU. But it would be useful only if UK regulations continued to be updated to mirror EU regulations as they develop.

The fourth option would be for the UK to retain existing SIs but stripped of EU features.

The default position under the repeal bill appears to be that regulations would be adapted to remove all references to the EU. The articles of the current CE marking SIs are based on the assumption that implementing countries are in the EU, so they would require substantial modification to be implemented into UK law and would need to be recast, possibly under the CRA or Health and Safety at Work Act, depending on the product sector.

The government could pass a general product safety act as an umbrella for these "orphaned" SIs. The instruments would have to be reworded to become safety regulations instead of regulations promoting free trade through safety requirements. They would become regulations internal to the UK; CE marking would no longer have any legal validity in the UK and its notified bodies could no longer perform conformity assessment for CE marking. Manufacturers would need to approach EU-based notified bodies for conformity assessment for sales into the bloc. If the UK failed to keep its product safety regulations aligned with EU requirements, manufacturers would eventually have to meet different requirements for UK and EU markets.

This is a politically easy approach and it seems the most likely at present. UK regulations could be quietly updated in the future to remain aligned with updated EU regulations and BS EN standards could still be used, though harmonised standards listed by the EU would no longer provide a presumption of conformity in the UK. This would be simpler for manufacturers.

As a future development of the fourth option, the UK could create its own product safety legislation, possibly with an equivalent to a CE marking. However, this fifth option would require a great deal of work to develop regulations and enforcement and to educate manufacturers and consumers. It may turn out that UK manufacturers wishing to export to the EU and EU manufacturers wishing to sell goods in the UK will find all this too much of a hindrance.

The sixth and final option for product safety is complete deregulation. This is the opposite of the fourth and fifth options and would involve replacing product safety regulation with a more general duty of care on suppliers. There would be no formal criteria of what was considered a safe product and these matters would be left to the judgment of enforcement officials and courts.

The main incentive (other than social responsibility) to provide safe products would be to avoid legal action from enforcement agencies and injured persons after accidents from use of unsafe products. This is almost the case in some countries, including the US and Canada, where there is a less consistent approach to product safety legislation than in the EU.

An EU CE marking could still be regarded as an indicator of product safety, but it would have no legal status. Indeed, it would have a similar value to the Chinese CCC mark and the EAC -- applied to products made in the Eurasian customs union, whose founding members are Belarus, Kazakhstan and Russia -- or any other national or proprietary product safety marking.

This approach involves minimal negotiating effort for the UK government and would be in keeping with its preference for regulatory simplification. (It remains to be seen whether this drive for deregulation survives after the recent Grenfell Tower fire in London and the questions about the role of lighter-touch regulation in creating the circumstances that made it possible.)

The deregulation option would also be the likely effect of a "cliff edge" situation where no substitutes for EU-based regulations are put into effect by the time the UK has to exit the EU in 2019 under the timetable for withdrawal mandated in Article 50 of the Treaty of Lisbon.

Brexit could have a profound effect on UK product safety regulation and could bring considerable cost to manufacturers both inside and outside the UK, equipment buyers and enforcement agencies. The revisions to current legislation will require considerable government resource to produce a workable post-Brexit system.