Manslaughter term for landlord who covered up employee’s scaffold fall 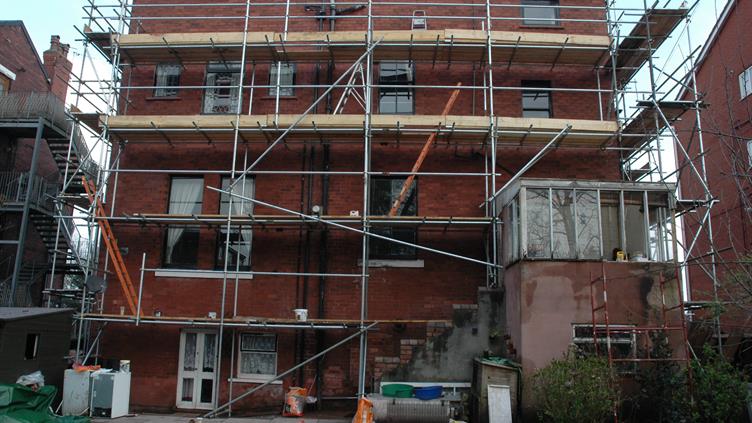 Weedon was carrying out general repair work at the home of Antony Minehan in Southport, Merseyside, on 26 March 2014. Abacus Scaffolding North West had erected the scaffolding for some cavity wall insulation work. There were no guardrails, ladders, trap ends or ties on the scaffold and it had insufficient raker outriggers to ensure its stability.

Minehan owned several properties which he let out to homeless ex-servicemen through the charity Soldiers off the Street. When the insulation work was complete Abacus did not remove the scaffolding. Minehan sent Weedon and other tenants on to it to carry out repairs on his home for £30 a day cash-in-hand.

Minehan was aware that Weedon had epilepsy and suffered from post-traumatic stress disorder from his service in Iraq and Afghanistan and was unfit to work at height. He fell from the third lift of the scaffold (approximately 6 m above the ground) and sustained serious head injuries. It is unknown whether he fell after suffering an epileptic fit but he had a seizure when he hit the ground.

Minehan did not call an ambulance after the accident. Instead he drove Weedon back to his rented home, with the help of two coworkers, and put him to bed. An ambulance was called the next morning when a colleague found Weedon lying on the floor with blood coming from his ear. The paramedics pronounced him dead at the scene and a post mortem examination later that day found the cause of death was a "blunt force injury to the left side of his head, which is consistent with falling from height," said Health and Safety Executive (HSE) inspector Christopher Smith. The HSE and the police carried out a joint investigation into what happened.

"The police took a sniffer dog to the scene and he uncovered the clothes that Weedon had been wearing; they'd been hidden in an outside fridge and the site had been effectively cleaned up -¦ There was no indication whatsoever of a fall," said Smith.

Minehan attempted to cover up the accident by lying to the police and blackmailing the two other former servicemen into providing false statements. "Minehan told these men that they would 'lose everything' if they told the truth," said Smith. "They gave false statements thinking they'd lose their accommodation and their income if they didn't."

Minehan also told police that Weedon had requested to be driven home and did not want an ambulance called.

However, at Liverpool Crown Court on 6 May, Minehan, 63, pleaded guilty to gross negligence manslaughter and perverting the course of justice. He received a three-year, four-month custodial sentence and was ordered to pay £7,000 towards costs within the next 12 months. The Section 2(1) of the Health and Safety at Work Act charge against him was laid to file.

For both Abacus and Lake, the judge determined the category of culpability was high and said the level of harm was category 2 (medium likelihood of harm, seriousness of harm risked: level A).