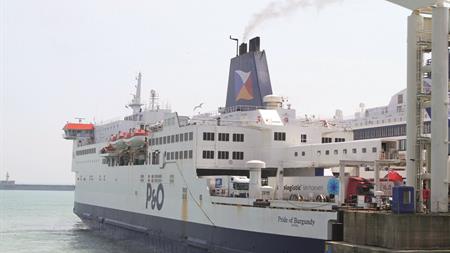 The Marine Accident Investigation Branch (MAIB) issued a safety bulletin on the hazards of such vessels last month as it continues to investigate an incident on board a ro-ro passenger ferry on 18 December 2018.
P&O Ferries' European Causeway was sailing from Larne in Northern Ireland to Cairnryan, Scotland, in bad weather when nine lorries on board toppled over.
The investigation found that, despite being instructed by the ship's crew to vacate the ro-ro deck after they had parked their vehicles, at least six drivers had remained in their cabs during the crossing.
Four drivers were found in the freight vehicles that had toppled over, with one trapped inside his vehicle until he could be freed by the emergency services in Cairnryan. No-one was injured.
The MAIB has called on the Road Haulage Association to encourage its members to take "robust action to improve and assure driver safety by helping ferry operators eliminate the issue of drivers remaining in the cabs of freight vehicles on ro-ro decks".
In accordance with international regulations and industry best practice, P&O does not permit passengers to remain on the ro-ro decks while at sea. Nevertheless, the investigation revealed that the problem of drivers remaining in their vehicle cabs on ro-ro decks while ferries are on passage is not unique to P&O.
The safety warning highlighted that ro-ro decks are "hazardous and potentially life-threatening environments" that should only be occupied by trained seafarers who are "required to undertake safety and security patrols".
The MAIB said: "Drivers who remain on the vehicle deck of ro-ro ferries pose a danger to themselves, and can cause a delay to the emergency response, particularly in the event of a fire.
"Any delay to the activation of fire suppression systems on the vehicle deck due to the need to undertake a muster and headcount of all persons on board could have catastrophic consequences to the whole vessel, its passengers and the environment.
"Furthermore, drivers who have remained in their vehicle cabs could be in danger of asphyxiation by the fire, or as a result of the fire suppression systems that may be released by ship's staff."
A full incident report will be published when the investigation is complete.
Topics:
Road safety
Safe systems of work
Transport and logistics
News