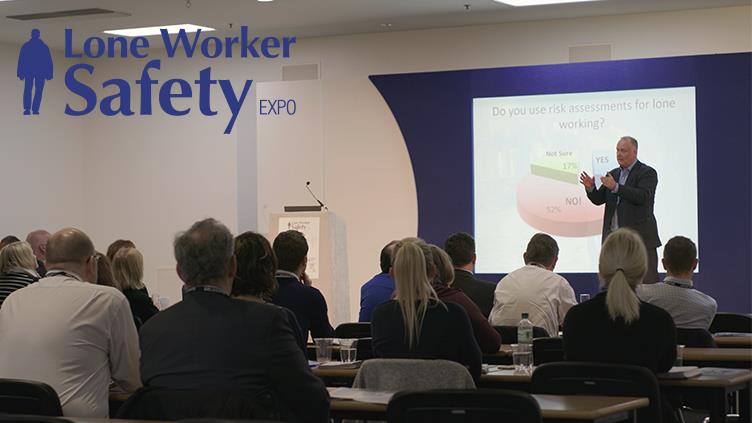 Louise Ward, policy standards and communications director at the British Safety Council, kicked off the Lone Worker Safety conference at London's Olympia centre on 28 March with a session on wellbeing. Lone workers, like home-based workers, often miss out on health and wellbeing programmes that are focused on corporate sites. More importantly, they can feel the lack of basic social contact, Ward said, "such as having a conversation with someone over lunch".

"Technology can help us," she said, recalling a problem with 52 staff who supervised safety on level crossings when she was head of passenger and public safety at Network Rail. "What they suffered most from was feelings of isolation." She set up a group for the staff on the social media service WhatsApp, so they could read and post group messages. The app "plugged them in and they felt part of the whole".

Trainer Walter Brennan of Oliver Brennan Training led a session on lone worker risk assessments, noting that, as an expert witness in court cases, he often found the assessments he was called on to evaluate were not fit for purpose. In many organisations they are missing entirely.

A survey Brennan had carried out of 212 lone workers, including postal staff, district nurses, utility meter readers and social care workers, found that only 31% believed their duties had been risk-assessed.

Personal safety specialist and former police sergeant Christine Morrison concentrated on measures to protect building reception staff, who are often alone when confronting intruders or aggressive members of the public. Many front desks are fitted with panic buttons, she said, but most receptionists were unclear whether an alarm would go off in the area itself, elsewhere in the building or at a police station. Moreover, the alarms were seldom checked: "You have a weekly check on the fire alarm, but who has a panic button test?"

In a panel discussion, talk turned to tracking devices to alert employers to lone workers' whereabouts. For this, Ward was joined by Craig Swallow, chair of the British Security Industry Association's Lone Worker Section, and Nigel Heaton, director of health, safety, security and environment at bookmaker Ladbrokes Coral.

Swallow said: "If you tell your staff, 'We are going to track you', they won't react well. You have to approach it in the right way. Tracking for tracking's sake is not a good thing and it's illegal without their consent." 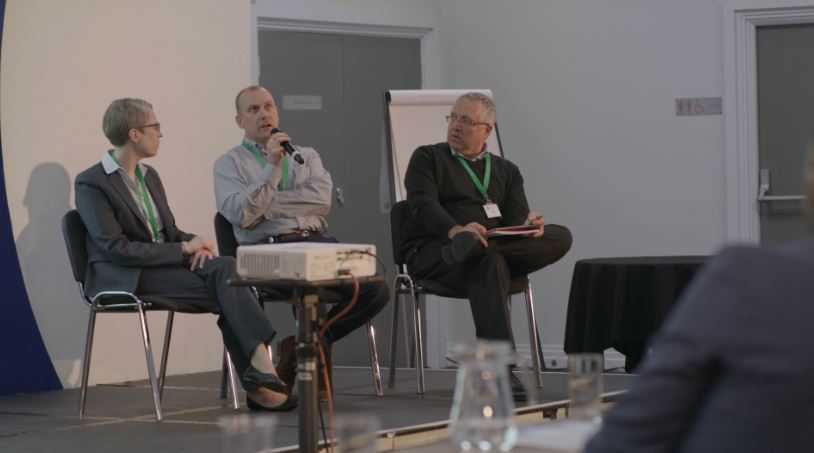 Trainer and consultant Nicole Vazquez supported this point from the floor, recalling a firm that had issued its workers with trackers for safety purposes until "one day their manager said to one of them, 'How come you only made three visits on Friday when everyone else made four?', and immediately all the staff lost faith in it."

Swallow said the best way to gain co-operation was to explain how tracking could safeguard those involved, appealing to their self-interest.

In answer to a delegate's question about liability if an employee who was issued with a personal alarm -- but did not use it -- was attacked, Heaton said it was more fruitful to look at why they were so resistant to using the device. He said it was worth checking that all employees were trained to use the alarms, the equipment was well maintained and, echoing Swallow, people understood the benefits. He explained how Ladbrokes persuaded its staff: "We said, 'If you have [an alarm] when you are locking up we can guarantee you a response in four to five minutes; it will make you safer'."

Swallow added: "Just ask people whether they want the police to respond to an incident involving them. I must have asked a thousand people that and I've yet to have one answer 'no'."

Another delegate asked if his organisation was leaving itself vulnerable by giving its lone workers the choice of whether to carry trackers.

The panel believed it was. "If you make it voluntary, on what basis are you making that decision?", asked Heaton. "If you were sued for negligence, it would be clear you had identified sufficient controls and not bothered to enforce them."

Nicole Vazquez returned to lead a session on effective lone worker training. "You cannot 'sheep-dip' lone workers," she said, so a basic training needs analysis should come first. The analysis should follow the traditional PET formula, focusing on people -- how experienced are they? Are they risk takers? Then their environment -- where do they go? Are they welcome there? And finally the task they perform. Delivering [housing] eviction notices to residents has more risk attached to it than issuing refund cheques, she observed.

Once the type of training was decided, she said, the next question was who should carry it out. Internal trainers will have a better understanding of the organisation, but an outside contractor can bring examples of good practice by other employers. A "train the trainer" approach using an external specialist to instruct an organisation's own trainers combined some of the virtues of both methods.

Choice of venue was important. "Do it where they feel comfortable," she said, noting that formal training rooms remind many people too much of school. On duration and timing she advised avoiding whole days of training at once for staff who are mobile and unused to sitting for long. "Never train on a Monday morning," she advised, "people are too busy. And never train on a Friday afternoon, people aren't listening."