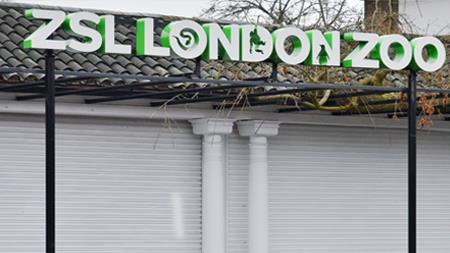 The ladder, which was defective, had been consigned to a skip but was returned to use because it wasn't marked as such, Westminster Magistrates' Court was told this week.

Angelina Lawson had removed droppings from four aviaries using the ladder and was working at 2.5 m up in a fifth enclosure when the steps gave way on 16 July 2016.

After landing on a wooden floor, she sustained neck pain, concussion and grazed her elbow.

District Judge Richard Blake told the court: "She attended hospital the next day for an x-ray which showed swelling of the soft tissue and she was also diagnosed with concussion which can last up to a month."

The charity, which runs London Zoo in Regent's Park, conducted an internal investigation and then informed Westminster City Council. The authority found that Lawson, who'd been working at the zoo for four years, had received no training to use the steps. Judge Blake said the lack of training was a direct cause of the accident. The ZSL admitted two health and safety breaches in August.

According to The Telegraph, Charles Barry, representing the charity, told the court Lawson had been due to have ladder training when she fell, but was "at the bottom of the list" as she did not usually work at height.

Barry pointed out that any profit from the ZSL's £50m annual turnover is used for its animal conservation work and urged the judge to limit the fine.

Calculating the starting point for the two breaches, Judge Blake determined fines of £150,000 for each offence but after considering the ZSL's early guilty plea, he reduced the total to £200,000. The overall fine was then cut to £100,000 to reflect the charity's status and then to £40,000 for other mitigating factors. He also imposed £8,000 costs.

Judge Blake said: "In the circumstances, I consider having regard to the charitable nature of this organisation, it is appropriate to take that into account by halving the fine to £50,000 in each instance.

"I reduce the fine further in respect of each offence. I have dealt with this in the manner I have very much recognised the nature of the Zoological Society."

Passing sentence, the judge added he had sent a "powerful" message to the society, arguing £40,000 was a "significant sum".

The Evening Standard reported that the conviction follows the zoo's caution over the escape of a gorilla from its main enclosure in 2016.