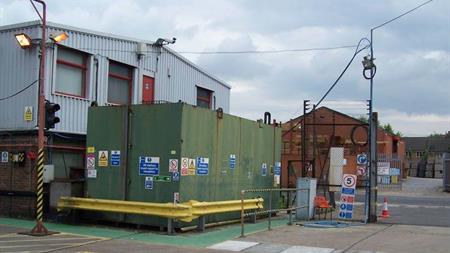 The Health and Safety Executive (HSE) investigation found that bus company Go Ahead London, which operates Peckham Bus Garage, had commissioned an engineering maintenance company to carry out refurbishment work on the fuel tank at the South London premises. This involved cleaning and repainting it to prevent fuel contamination.

On 26 May 2011, two workers from the engineering maintenance company were due to start the work. But one of the workers phoned in sick and his 56-year-old colleague commenced the work alone. As he fixed the bungee to a lifting lug on the tank's roof the cord snapped and he fell backwards. He died two days later.

The HSE investigation found that Go Ahead London had not kept to its own procedures for managing contractors. This covered five key points.

First, it failed to properly review the contractor's risk assessments and methods of work before work started.

Finally, Go Ahead London allowed the contractor to work on his own when it was unsafe to do so.

The engineering maintenance company (which cannot be named) was also prosecuted. However, the director was unfit to stand trial due to a degenerative mental illness. According to the HSE, there was a concurrent trial for acts and omissions under the Insanity Act. However, after Go Ahead's conviction, the jury was unable to reach a verdict and the HSE withdrew its evidence as it was deemed not to be in the public's interest to hold a retrial.

The case was originally heard at Westminster Magistrates' Court but the case was adjourned a number of times due to the co-defendant failing to attend court due to illness and then not entering a plea. Go Ahead London denied the charges but did co-operate fully with the investigation.

A two-week trial at Southwark Crown Court concluded on 14 February. In passing sentence, Judge Deborah Taylor determined that Go Ahead London's culpability was medium, with a harm category of 2, reflecting the medium likelihood of harm despite the fatality. In mitigation, she took into account the bus company's co-operation, and that it had a good safety record. Go Ahead London is part of the Go Ahead Group which employs 27,500 people.