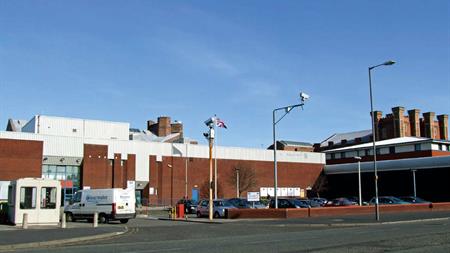 The BBC report, which is featured in full on Radio 4's File on 4 programme at 8pm on 13 March and available on BBC iPlayer, said Amey had sacked the workers because they had brought the firm into disrepute by discussing new working practices with the prison governor. On 9 March the tribunal in Liverpool said both workers had acted in good faith.

Infrastructure support service provider Amey took over the prison maintenance contract in June 2015 and introduced a new system of work that required maintenance staff to work alone on most jobs, rather than in pairs, which had been the practice for many years.

The tribunal heard that the two maintenance workers, who had 45 years' service between them and unblemished disciplinary records, had challenged the new way of working, arguing that it was a safety risk because prisoners could snatch the tools and equipment and use them as weapons. The BBC report said that when they failed to reverse the measures through an internal grievance procedure, they told the prison governor that they were consulting the Health and Safety Executive (HSE).

Jon Heath, assistant solicitor at Levins Solicitors, who represented the two workers, told IOSH Magazine that Bromilow and Wildman had visited the prison governor on 17 August 2016 to say that they felt they had no alternative but to make a report to the HSE.

"The prison governor asked them why and they explained their concerns to him," he said. "He invited them to come back after he had spoken to Amey and a further discussion took place on 18 August."

After the two meetings, Amey first suspended the men, then sacked them.

Responding to the tribunal decision, Amey told the BBC: "Nothing is more important that the safety of our employees, and we have a robust whistleblowing policy in place which provides a number of channels for our employees to escalate concerns about their health and safety.

"We encourage all employees to follow these protocols so we can address their concerns in the most thorough and efficient way possible."

In June, a tribunal hearing will consider whether the men can return to their jobs and the level of compensation.