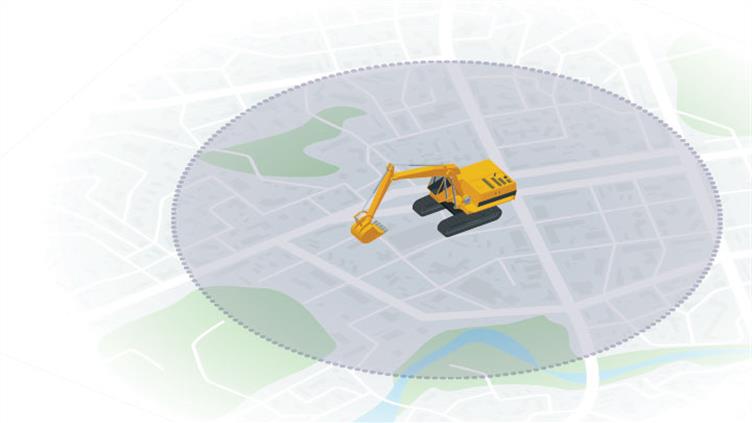 What do the following have in common: the Soviet Union's first artificial Earth satellite Sputnik; former US President Bill Clinton; and smartphone apps for householders to switch on their heating and lighting remotely? The answer is geofencing.

A tool that is used ever more widely across different sectors, geofencing is defined as "the use of global position systems (GPS) or radio-frequency identification technology to create a virtual geographic boundary, enabling software to trigger a response when a mobile device enters or leaves a particular area".

However, many will recognise geofencing from its precursor, waypoint alarms. These function in a similar way and trigger when someone crosses a virtual boundary, although they can work only within a prescribed circle a set distance from a centre point.

With modern geofencing, a variable, deviating line can be set up to form the boundary. It's like setting invisible stakes in the ground to create a defined area.

The response to the sighting of the unmanned aerial vehicle -- or drone -- that caused significant disruption at Gatwick Airport in December is a good example of how geofencing can be applied. The boundary line offers a more useful indicator of the area that needs to be managed. Because it can be aligned to the boundary of the airfield, it provides more precise warnings and locations of any infringement of the airspace.

With Sputnik's launch in 1957, scientists found that, by measuring the Doppler effect of the radio signals transmitted from it, they could identify whether the probe was travelling towards them or away. With three or more base stations tracking the satellite, the scientists realised they could pinpoint its location by applying the mathematical principles of triangulation to the radio signals.

One of the Cold War's legacies was a squadron of military positioning satellites. Using signals from three or more satellites, governments could locate the position of their armed forces around the world.

Then, in 2000, US President Bill Clinton opened up the positioning satellites for civil use and the retail market exploded. Since then, there has been an exponential growth in the use of geofencing to improve safety, particularly in construction and fleet management.

Examples of geolocation use include determining the position of plant and vehicles, lone worker safety, autonomous vehicle operations, groundworks and land profiling, and pedestrian and plant interface.

Workers on construction sites face a myriad of risks. Sites contain many hazardous areas, such as building edges, overhead lines, low and weak bridges or dangerous materials stored near worker and vehicle movements. These risks can be mitigated by employing geofencing systems, which can sound a warning when workers operate too closely to the edge of the boundary. As an extra failsafe option, the technology can also alert managers when a worker or vehicle has breached the boundary, enabling them to intervene early.

The pedestrian and plant interface presents significant challenges and sufficient segregation is essential. If this is not possible, site managers can monitor operative and vehicle movements through real-time tracking of the person or machinery. In open-cast mining, the technology has been used with ultrasonic proximity sensors to improve the safe movement of vehicles around the workforce. Due to the size of the machinery, it can be difficult to gain full sight of pedestrian movements, so the technology aids awareness by sending alerts when the two are near each other.

Construction is a capital-intensive industry and significant costs can be incurred through the theft of plant and machinery, its unauthorised use and trespassers. In the past, the only way to monitor plant and machinery usage was to have a person on site keeping watch. This moved on to the use of closed-circuit TV, which is an improvement but tends to be useful only after the equipment has been stolen or unauthorised use has been confirmed. Geofencing

allows the business to monitor the site in real time.

By using GPS trackers, managers can send alerts when machinery leaves the compound and track its exact location afterwards.

Knowing where a vehicle is on the road helps businesses to improve operational efficiency. Why send a second vehicle to a location when the first is only a few kilometers away? Geofencing can be built into technology to track not only where the vehicle is but also how it is being driven. This provides managers with essential information about driver behaviour, such as habitual excessive acceleration and harsh braking.

From a safety perspective, you can tell how long the driver has been on the road and whether they are taking adequate rest breaks. It is also possible to monitor whether they are following the most appropriate routes and if they are potentially putting the public at risk by trying to drive down roads that are too narrow to navigate safely.

Groundworks and land profiling have benefited from the technology too. Think of the geofence as a jelly mould rather than a fence. By using that three-dimensional shape and mapping it on to the ground, excavator or bulldozer operators can level the surface with a single pass of the blade without having to carry out a survey or use profile boards.

A three-dimensional profile of the land can be exported from the computer-aided design software package and mapped as a geofence. Inside the cab, the operator can see the virtual profile on a screen and in real time. It also removes the need for pedestrians or surveyors on the site.

A significant benefit of geofencing technology lies in the protection of lone workers and its ability to send automatic alarm notifications in given circumstances.

Injuries caused by slips, trips and falls usually can be picked up quickly but for lone workers there can be more serious implications. The use of lone worker systems with geofencing technology can send automated alerts, including the location of the individual through a man-down duress alarm.

Alarms can also be set to provide an alert if the lone worker leaves the area in which they should be working or if they enter a high-risk zone.

As for future applications, vehicle automation is on its way and cannot be achieved without geofencing; the technology enables the vehicle to know where it is and the speed it is travelling.

The technology has come a long way since Sputnik kick-started the space race. In fact, it has all come back to Earth.
Topics:
Confined spaces
Lone workers
Construction
Features