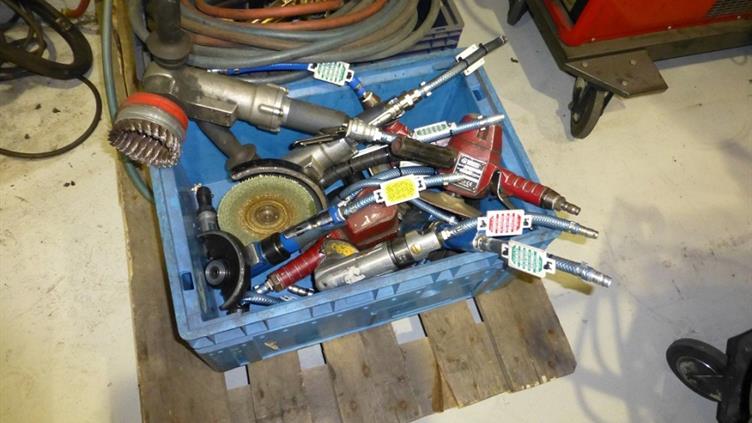 Until a new health and safety manager was appointed in 2011, Linde had no health surveillance regime to check workers were not developing HAVS, though it had received previous personal insurance claims from employees suffering the condition.

Linde Heavy Truck is an arm of German owned Linde Group, which owns gases specialist BOC. In 2014 the group posted profits of £1.1 billion.

"We are talking about a large international engineering company, albeit one with lots of subsidiaries," Turner said. "They should have ensured they had competent advice."

The new health and safety manager arranged vibration management measures and surveillance which led to the discovery of the 21 cases of HAVS. The cases were reported to the HSE under the Reporting of Injuries Diseases and Dangerous Occurrences Regulations, triggering the regulator's investigation.

HAVS is a result of damage to the nerves, soft tissue and bones in the lower arms and hands caused by prolonged exposure to vibration. Symptoms include permanent tingling and pain in the hands and reduced grip.

"When it's really cold my hands go purple and claw like," said one of the former Linde employees. "I have not worked with any vibrating tools since I finished at Linde. I thought, naively, that my condition would get better, not worse."

"When I'm driving I can feel the tightness and sometimes I have to pull over," said another. "The cold can affect my hands and I find it difficult to write. When I was at Linde I was a skilled worker on good money. I have to declare my condition to future employers; I think my condition has hindered my chances of future work."

At Merthyr Tydfil Crown Court, Linde Heavy Truck Division pleaded guilty of breaching Section 2(1) of the Health and Safety at Work Act and was fined £50,000 plus £14,793.60 costs.

Linde closed the Merthyr plant in 2013 and transferred its operations to the Czech Republic.