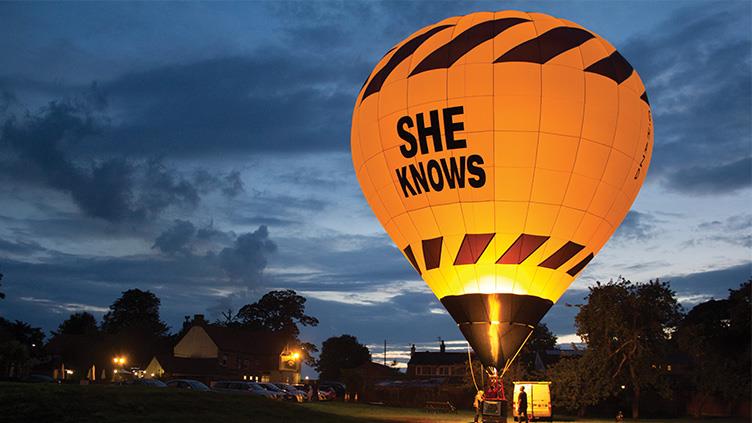 Because of my day job, I'm used to thinking about bad weather and safe working loads and thought: "This shouldn't be too hard!" In fact, it was more difficult than I had assumed, but I kept turning up. You need crew to help you to inflate the balloon, so I helped with that and with balloon inspections.

I started to work towards my pilot's licence. You have to do a set number of hours in the air and there's a competency test. There are five exams before the flight test. Some of the knowledge you learn through self-study and by asking questions. The British Balloon and Airship Club also runs training courses. Most training in the balloon is free if you're a member of a club; you might pay for the gas. Landing is the biggest challenge: you may be up in the air training for two hours, but you only land once so there's less opportunity to practise. 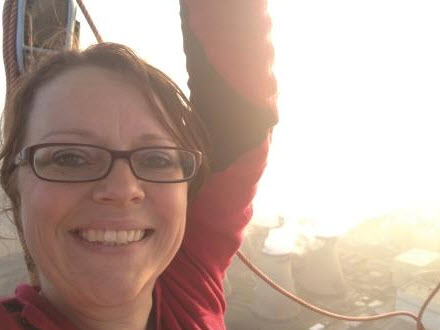 I failed the first time I took my test. Often the examiner will tell you that you've failed before you even take off. You have to be organised when doing your checks, do your briefings properly and not panic, but I was nervous. I passed next time and got my private pilot's licence which allows me to fly balloons of any size and shape non-commercially.

I run my own business and I'm a single parent, so I have my phone on all the time. When I'm up in the balloon, though, at a certain height it shuts down. At 1,000 feet, it's so quiet. You don't even feel the wind because you're travelling with it.

When you descend, the first noise you hear is dogs barking; then you might hear cows, then chickens. The rule is that if you can hear them, they can hear you so you talk to them as you land to avoid frightening them. Pigs can panic. You have to respect livestock so you fly higher as you pass over. Balloons have two burners: one is quite noisy, the other -- known as the whisper burner -- is much gentler so, to get to a particular height, you put that on. Where I fly, I have to avoid grouse; and Yorkshire is terrible for racehorses!

You can fly for as long as you have gas, but you always try to land with a quarter of a tank left in case you end up over waterlogged ground and need to go up again. My balloon is little, so I might fly for one-and-half hours. You can fly when it's not raining, and when there's less than eight knots of wind -- you don't want to try to land a balloon when it's more than that. 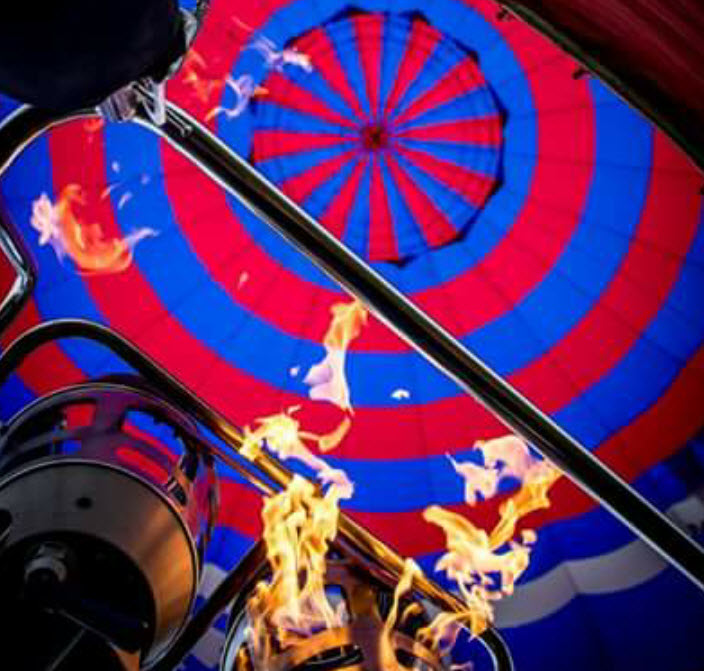 You never know where you're going to land. You have wind maps, so you might anticipate that at 500 feet the wind will be north-north-east, and you might navigate so that you try to land east of a village, but it doesn't always happen that way. I usually try to land in a scrub field. Cows will often come to see you to find out what you're about. They like to have a look and they'll lick the balloon envelope.

If you have a passenger and they have a panic attack, you might have to land ASAP. Even though you try to avoid crop fields, you might end up damaging crops. When that happens, you have a chat with the landowner. You might offer them a flight if they have kids or offer to donate a flight.

My day job makes me plan more in advance. For example, if I'm doing a demonstration at a school, I'll brief the teachers beforehand, put barriers up and so on -- my job makes me more formal and prepared.

As a pastime, it makes my day job more interesting. It's a good way to explain safe systems of work to delegates. They can imagine outcomes like coming down in a field of cows or in a river.

Buying a balloon is a bit like buying a car: you can pick one up for £500 -- knowing it might not last long -- or you can spend £50,000. I helped to design my own balloon. I wanted to do something different with it. There are lots of multi-coloured balloons so I had mine in my company's colours, which are black and yellow. I wanted to have reflective material on the balloon so I worked with technology company 3M. We had to make sure the material would be safe at different temperatures and that it wouldn't degrade.

If you want to try ballooning, the best place to start is at a local club. People often think it is for people with money, but it's not like that at all. It's a really diverse community: anyone can do it.