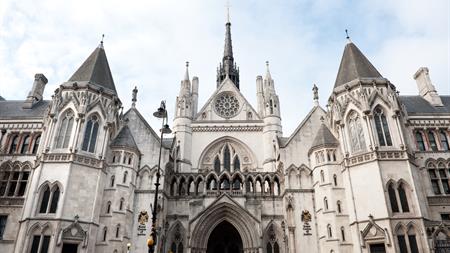 The Health and Safety at Work Act provides an exemption under s 20(8) for companies producing privileged documentation, which prevents regulators from accessing internal documents such as interview records when they are prepared for the purpose of instructing legal representatives.

However, law firm Keoghs warns that Mrs Justice Andrews's ruling on 8 May, which allowed the Serious Fraud Office (SFO) to obtain documents withheld by mining company Eurasian Natural Resources Corporation (ENRC), could have wider implications for regulatory investigations and encourage other regulators, such as the HSE to demand sight of documents that are prepared subject to professional privilege.

The SFO launched its own criminal investigation of ENRC in 2013 following allegations of fraud and bribery in the multinational's mining operations in Kazakhstan and Africa. ENRC had carried out its own internal investigation two years earlier and had resisted SFO's request to hand over relevant, internal documents, which it argued were protected by legal professional privilege. Andrews ruled, however, that the privilege did not apply to most of the documents in the four categories, which the High Court was asked to rule upon.

According to a report in the Law Society Gazette, Andrews said that legal professional privilege protects documents prepared with the sole or dominant purpose of conducting litigation, and not documents produced to enable advice to be taken in connection with anticipated litigation. According to the court, privilege could apply only if ENRC anticipated actual criminal prosecution.

The mining company is mounting an appeal but Keoghs warns that, in the interim, businesses should not assume that interview records with its officers and employees can lawfully be withheld from prosecuting agencies.

Andrew Smith, partner at criminal defence firm Corker Binning, said that companies will be challenged to show that documents created during an internal investigation, such as interview records, were created for the "dominant purpose" of future litigation.

He added that it would be impossible to achieve in many investigations. "Companies will be unable to assess the prospects of future litigation without conducting interviews or instructing experts, which means that this work is necessarily conducted for a purpose other than its use in potential future litigation."

Mike Appleby, partner at Fisher Scoggins Waters, told IOSH Magazine that businesses should take note. He said: "It is not uncommon for lawyers in health and safety cases to give instructions for an accident investigation for the purpose of advising their clients. This ruling limits the circumstances for claiming the investigation report is privileged, therefore running the risk that it may end up as a prime exhibit in a future prosecution."