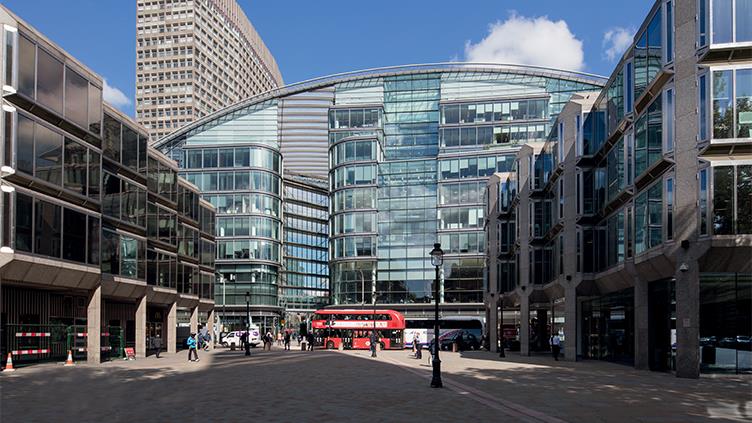 "If there is an asbestos issue on one of our sites, it would be bad news, so it's in our interest to do the right thing," says David Tucker, health, safety and security business partner.

Asbestos management in retail, one of Landsec's largest sectors, is complicated by high street locations bustling with shoppers. Before the material was banned in November 1999, asbestos was used in more than 3,000 applications, ranging from vinyl floor tiles to electrical switchgear and asbestos insulating board (AIB) ceiling tiles.

Landsec's health and safety director, Clive Johnson, to whom Tucker reports, was one of the architects of an industry guidance document developed with the British Retail Consortium on managing asbestos-containing materials (ACMs) in the retail sector (bit.ly/2I0qMT8) and brings that expertise to the oversight of asbestos management in the company.

In IOSH Magazine's August 2016 leader interview (bit.ly/2udSLgj) Johnson said that Landsec made no distinction between the safety and health of its own workforce and those of any organisation serving it. The property giant relies on an extensive chain of contractors and maintenance staff to carry out work on its behalf at its properties. 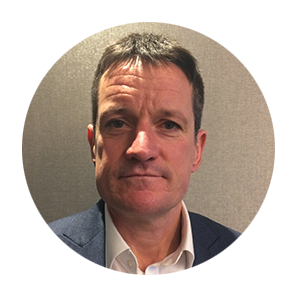 Tucker says up to 4,000 people a year work on large Landsec projects that require the appointment of principal contractors and notification via an F10 form to the Health and Safety Executive (HSE) under the Construction (Design and Management) Regulations (CDM).

"That's a small piece of what we do," he adds. "If you include all our managed properties you are looking at around 10,000 people."

ACMs are identified when properties are acquired. Then Landsec brings in its asbestos management specialist, Environmental Essentials, which it contracts through a framework agreement. The company carries out a suite of services throughout the developer's portfolio, including management and refurbishment and demolition (R&D) surveys, and re-inspection surveys.

Tucker estimates that 30% to 40% of the portfolio contained asbestos when he joined the company in 2008. "That's gone down significantly to less than 10%," he says. "In terms of sites where we have asbestos now, [we can count them] on one hand."

Landsec is about to start a huge ACM removal project at the former British Home Stores (BHS) site at Lewisham Shopping Centre in south-east London. The company took ownership of the 5,149 sq m site in 2016 after the BHS chain ceased trading.

Preliminary work began in mid-March and the refurbishment is due for completion in early August. The project will involve carefully removing intact and encapsulated AIB from the former store's ceiling and walls.

"It's a huge job," says Tucker. "We've got possession of [the unit] and it needs to be stripped out so we can lease it out, so [the next tenant] comes in to a nice concrete box and they can fit it out and do what they want to do with it."

For Landsec-owned sites where remediation work is carried out and it has a duty to manage asbestos, Environmental Essentials is the default principal designer. However, because the Lewisham project is fully notifiable under CDM 2015 and due to the size and complexity of the refurbishment, Landsec has appointed Oakmont Construction as principal contractor to manage the site and brought in GIA as principal designer, with Clifford Devlin as the appointed licensed asbestos removal contractor.

Environmental Essentials undertook the R&D survey and wrote the project's specification. It will also carry out air monitoring throughout the job.

"Because it's a live shopping centre environment, I think it's only right that we have an analyst there throughout the asbestos removal process," says Tucker.

For projects Landsec owns, Environmental Essentials will also carry out another management survey after asbestos removal.

"Quite often with asbestos, you get clearance certificates [and] a survey but no one [single] document that brings it all together," he says. "By doing the cleansing and management survey after the work, we know we have everything in place." 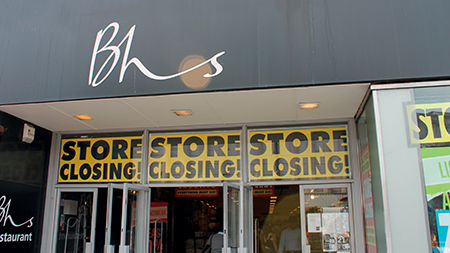 Tucker adds that Landsec has also given the HSE's science division access to the BHS site to use as a case study for a research project (see "HSE asbestos research project" box above).

Last year Daniel Barrowcliffe, an asbestos scientist from the division's fibres and minerals team, and who also belongs to the Asbestos Leadership Group, of which Landsec is the UK's sole client member, spoke to the property giant's contractors about the effectiveness of control measures in a four-stage clearance process.

Another site Landsec has already remediated, albeit on a smaller scale, is Clarks Village in Street, Somerset. Landsec acquired the outlet shopping property last year and found that an older building on the site had an undercroft with ACMs.

"[The previous landlord] had already identified [the asbestos] but they didn't quantify it very well, so we asked, 'How much risk do we have here?'."

As principal designer, Environmental Essentials took the information Landsec had inherited and resurveyed the entire site. It quantified the risk and then drafted the specification before the asbestos removal work went out for tender.

The work involved removing mainly asbestos insulation residues from brick work and concrete while in a few small areas there was asbestos cement and insulating board. Tucker says: "It was sporadic and in low quantities, but it was still asbestos, so we had it removed."

Besides its legal duty to produce an asbestos management plan (AMP), Landsec has strict standards that it expects of contractors, which are set down in two suites of documents, one of which covers construction, the other buildings in use. These are grouped under the umbrella title One Best Way.

Tucker says the One Best Way asbestos standard is a user-friendly version of its AMP and includes a list of its approved contractors and the company's vetting procedure. The first step in this process is to issue all contractors with a pre-qualification questionnaire so Landsec can identify specialist areas. Once these are reviewed, the company may request training records or examples of risk assessments.

"Then we'd go out and see them both on site and at the head office," he says. "There's a three-stage approach to our approval process. [First we look at] what they say they do. [Then we] go to the office [and speak to] the management. Then [we visit] the site and, [check whether] they do what they say they are going to do. That applies to all our supply chain [safety controls], not just [for] asbestos."

As well as an approved list of contractors for removal and for consultancy and surveying, Landsec has worked closely with Environmental Essentials since 2015.

"They are almost an extension of us," Tucker says. "They manage the re-inspection programme for us, any surveys we need, air monitoring, [asbestos] removal specification, principal designer role. We have monthly contract review meetings with them. We have service level agreements for turnarounds of work."

If Environmental Essentials identifies asbestos in a structure, Landsec will look at its recommendations and then request a written specification.

"[It will need to be] a very robust, clear specification of what needs to be done, written by the experts. I am not going to rely on a survey," says Tucker.

Once the specification is agreed, Landsec will then offer the work to the approved list of contractors, compare tenders and award the contract. Tucker adds that, unless there is a very good reason not to, Landsec will also insist that a United Kingdom Accreditation Service analyst should attend each day to check for asbestos leaks.

"Without exception, we always appoint the air monitoring consultancy side separately and independently of the direct appointment of the removal contractor," says Tucker.

"There is never any subcontracting of one to the other with us. They may gather the quotes for us but we would make the instruction direct with the removal company."

"If they are signing off the job for their client, there's obviously commercial conflict. Whether it's explicit or not, there will be pressure there. I think that's unhealthy. It needs to be separate appointments." 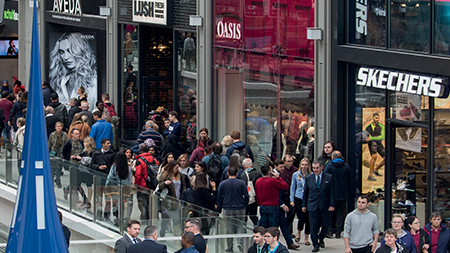 Through the Asbestos Leadership Group, Landsec has been working with its partners over the past six months to develop new duty-to-manage guidance for property managers and owners.

"I think what Landsec has brought to the table has been invaluable because we are the [only] client in the room commenting and giving the clients' view," says Tucker.

The guidance, which was published in early April, is one of the free resources IOSH is developing for the asbestos strand of its No Time to Lose campaign (see "No Time to Lose campaign" box above). IOSH will refine the document to create two downloads -- one UK-specific, which will include legal requirements, and the other for the global market, focusing more on the core principles of good asbestos management.

"It's a balance between simple and accessible and enough detail to be effective," says Tucker. "The message needs to be clear but not too simple."

He would like the Asbestos Leadership Group to take on a project to educate the older workforce. Because of the long-latency effect of asbestos, the industry has focused on protecting young workers.

"There is a real piece of work that needs to be done on the older end of the workforce; those who don't have noticeable effects or illness from asbestos may be complacent."

Clive Johnson is chair of the Managing Risk Well group in the HSE's Construction Industry Advisory Committee. Through the committee, Landsec is part of a client mentoring scheme and acts as a sounding board and source of advice for smaller clients.

"We very much see ourselves as a visible client," Tucker says. "We know our responsibilities and want to lead by example. If there's any advice that we would give, it would be to make sure they are aware of their responsibilities. If they are doing a project, [it's important] they get their own survey done and don't, for example, rely on a professional survey in the preconstruction information."

Tucker says that Landsec has inherited properties and found the previous landlord's checks have fallen short. "Because of the Work at Height Regulations, they took that to mean that they didn't have to go into anything above 2 m, so all the ceiling voids were excluded from the survey report. [The HSE's survey guide] HSG264 (bit.ly/2wF2NXH) has helped because that's made it more explicit about what a management survey should be."

This is particularly important, he adds, in multi-tenanted buildings where all dutyholders are responsible for ensuring their records are fully comprehensive and fit for purpose, unless the lease says otherwise.

"[The issue is when] we assume it's their responsibility and they assume it's ours and nobody does anything. It's making sure your tenants know what their duties are and you know where the boundaries are."