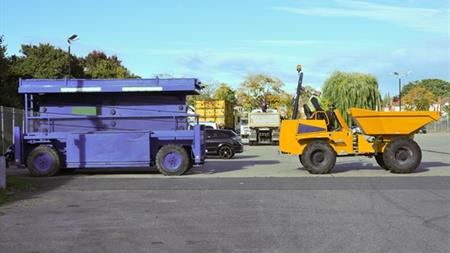 On 2 October 2014, Laing O'Rourke employees Paul and Philip Griffiths were attempting to tow away a broken down scissor lift on a service road at Heathrow Airport.

Paul Griffiths was operating a dump truck under the direction of managers when his foot became stuck between the brake and the accelerator. His brother Philip was standing between the truck and the scissor lift and was fatally crushed when the truck suddenly reversed. He was pronounced dead at the scene.

The Health and Safety Executive (HSE) investigation found that neither worker had the appropriate certificate to operate the dumper, and that Laing O'Rourke had failed to properly oversee and manage the operation.

Laing O'Rourke Construction of Crossways in Dartford, Kent, pleaded guilty to breaching reg 22(1)(a) of the Construction (Design and Management) Regulations 2007 and was fined at Southwark Crown Court on 24 March. The construction firm was also ordered to pay costs of £10,000.

HSE inspector Jack Wilby said that had Laing O'Rourke provided appropriate supervision of the operation, then better segregation between the siblings could have been established and maintained.