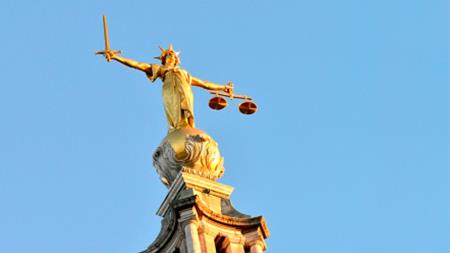 Two subcontractors were also fined a total of £595,000 for the incident.

Vincent Talbot had his leg broken in six places when the unshored trench he was working in collapsed. His right ankle was left permanently damaged, pointing 10 degrees off line. He was off work for more than a year and says he will carry out trench work again.

He remained in the trench for 15 minutes after the incident in March 2012 before the fire and rescue service extracted him and airlifted him to hospital.

Kier MG was principal contractor on a project to build new storm drains for Lincolnshire County Council. The work was subcontracted to John Henry & Sons which in turn subcontracted it to Lawless Civils without informing Kier.

Lawless employed a supervisor at the Holbeach site who had no relevant experience, training or qualifications.

A three-metre long trench box was installed in the excavation to protect those working in it workers but it was half the length of the pipes being installed. There were no other forms of protection such as trench sheeting.

The trench had been left open overnight and Lawless was using concrete to bed in the pipes, instead of pea gravel as specified by the Lincolnshire authority. Water leaking into the excavation mixed with the concrete, making the pipe levelling process difficult as the level of the pipe bed had to be continuously adjusted.

Talbot, who was self-employed and contracted by Lawless, was trying to level a pipe section for a second time, when the sides of the trench collapsed and trapped him.

Lincoln Crown Court heard that after the accident, John Henry & Sons backdated the method statement for the work to give the impression that it was signed by the workers before the collapse.

Kier MG (formerly known as May Gurney) pleaded guilty to breaching reg 22(1)(a) of the Construction (Design and Management) Regulations 2007. It was ordered to pay £23,327 costs.

HSE inspector Martin Waring said the project was flawed from the planning stage onwards. "Even while the excavation phase had begun, a catalogue of errors and omissions led to the injuries of Vincent Talbot," said Waring. "It is inevitable that at some time an unsupported trench will collapse, for this reason safe systems of work, should be in place in order to protect persons who work in trenches. We could easily have been dealing with a fatal incident."