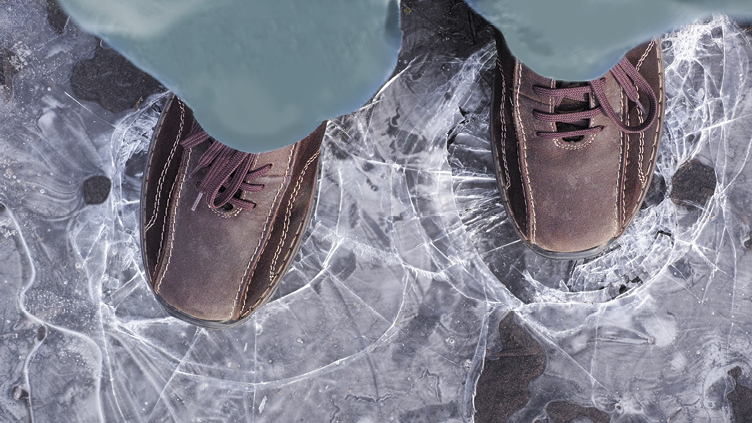 An employer was liable for the injuries of a home care assistant who slipped on an icy pavement when visiting a client, the UK's highest civil court has ruled.

The Supreme Court held that Glasgow City Council-owned Cordia (Services) failed to provide suitable protective footwear to Tracy Kennedy despite the long-lasting severe weather. The healthcare worker was wearing flat shoes with some ridging and the pavement had not been gritted or salted.

Kennedy claimed damages against Cordia for the incident, which happened in December 2010.

At the original hearing, the court decided in the claimant's favour but its decision was reversed by the Inner House of Scotland's Court of Session. Kennedy took the case to the Supreme Court, which said it was the employer's responsibility to protect employees when they are out and about.

The court was asked to consider two main questions:

The court decided that the arm's-length care services company had breached its statutory duties. It was obvious that Kennedy could slip and fall on snow and ice. Not only did Cordia have previous experience of such accidents, their possibility had been identified in two risk assessments in the previous five years.

Crucially, that risk had not been properly evaluated. Not only was the possibility of injury very high, but it could be serious and include fractures and head injuries.

Despite this, no consideration "was given to the possibility of individual protective measures, before relying on the measure of last resort, namely giving appropriate instructions to employees," said the Supreme Court's judgment. Even then, the instructions given, in the form of advice to wear appropriate footwear, provided no specification of what might be appropriate. So Cordia was in breach of Regulation 3(1) of the management regulations.

Kennedy was exposed to the risk of slips and falls "whilst at work". That phrase referred to the time of exposure to risk, not the cause of the risk. The employee was at work while travelling between clients' homes. "Whilst at work" also refers not only to risks associated with the nature of the work but also those associated with the natural environment in which the work takes place.

Cordia did not provide suitable protective equipment to reduce the risk. Nor was the risk controlled by other means "equally or more effective" as the PPE regulations require. Accordingly, the Supreme Court found that regulation 4(1) of the PPE Regulations had also been breached.

The court also held that Cordia had been negligent at common law on three grounds:

The court's finding on the common law case reversed what might have been a severe reining in of employer liability in this area if the Inner Court's judgment on the earlier appeal was upheld. The Inner Court had noted: "In relation to some matters, care for health and safety is best left in the hands of the individual adult concerned. The relationship of employer and employee is not to be treated as being the equivalent to that of nursery teacher and pupil, or that of parent and child."

The Supreme Court's judgment places responsibility for workers when they are out and about in the public realm squarely back in employers' laps. The case will make for uncomfortable reading for some organisations and is another reminder to update risk assessments regularly, to evaluate risk properly and explore any means to reduce it.

Simply conducting a tick-box exercise and then placing the risk assessment in a tidy file will not suffice to protect employers from liability, whether civil, as in the case of Cordia, or criminal.