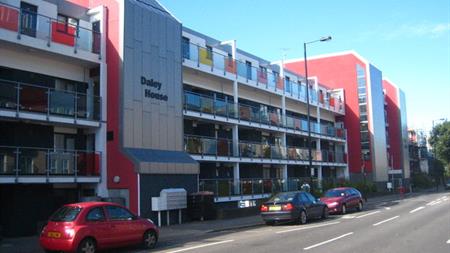 The accident happened during remedial refurbishment work at the Du Cane Estate in the London Borough of Hammersmith and Fulham.

The tenant was walking along a balcony walkway to her flat on 19 June 2015 when she fell through a fragile cement sheet and landed on the level below. She fractured her pelvis in five places.

Engie, which last year acquired Keepmoat, a homebuilder that specialises in regenerating buildings for local authorities, had been contracted to undertake the refurbishment project.

Part of the work involved replacing top floor balcony walkways throughout the estate and this was subcontracted out to roofing specialist Superior Roofing and Building Services.

Southwark Crown Court was told that the subcontractors had been working on the walkway for four days before the accident, but had failed to inform the residents the work was being carried out.

No physical barriers had been erected to prevent people stepping into the work area.

The Health and Safety Executive (HSE) said both companies implemented sufficient steps to prevent falls from height after the accident. However, its investigation found operatives had part fallen through a cement soffit in August 2014 as they worked around another fragile surface.

Both firms had failed to properly plan the work, the HSE said.

Engie pleaded guilty to breaching regs 13(1) and 22(1)(a) of the Construction (Design and Management) Regulations 2007, which covers the duties of a principal contractor. It was fined £800,000 on 4 January.

Superior Roofing was fined £300,000 after it admitted breaching regs 4(1)(a) and 4(1)(c) of the Work at Height Regulations, which require employers to ensure work at height is properly planned and carried out in a safe manner.

Both companies were ordered to pay £11,694 costs each.