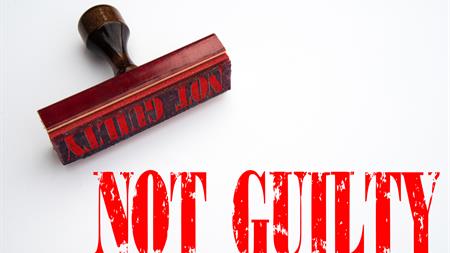 The HSE had brought the charge in 2016 after a two-year investigation into an incident at a property conversion on Upton Road on 31 May 2012, which was owned by Meadows WR.

The court heard that Harrington, who had previously done work for the company's owner Chris Meadows, was employed to develop the four flats in the property into maisonettes and to construct an additional building on the site. Work commenced in January 2012 and Meadows occasionally attended the site to check progress.

The prosecution case alleged that Harrington was in charge of the day to day running of the site and had responsibility for ensuring there were measures to reduce the risk of injury to workers.

However, while the builder was involved in the main construction work, other tradesmen carried out the plumbing and electrics. The court heard that a contractor, Lukatz Szymanski had subcontracted electrician Sukhdev Kundi to carry out electrical installations.

As the conversion progressed, ladders were installed to allow the builders to get to the upper floors and the openings were guarded with timber railings.

Prosecutor Sara Lawson QC from Red Lion Chambers alleged that, on the 31 May 2012 Kundi visited the site and climbed a ladder that was not properly secured.

The court heard that Kundi was working on a stepladder on the first floor next to the opening leading down to the ground floor when the incident happened. As he was pulling cables, he fell off the stepladder through the opening onto the floor around 4 m below. Kundi broke his spine in three places and was paralysed from the chest down. He spent three months in a coma and a total of 12 months in hospital. He died in May 2015, with the cause of death being respiratory failure due to a collapsed lung and pneumonia alongside his spinal injuries and paraplegia.

The HSE argued that Harrington should have done more to ensure that those not in his employment were protected and not exposed to risks, and specifically that he should have taken measures to prevent Kundi from falling through the opening.

However, Shauna Ritchie, defence barrister at 2 Bedford Row, told the jury that Kundi had not been expected on the site on 31 May and had told Harrington the previous day that he had finished his work. When he arrived on site, the guarding and the ladders had been removed to allow a plasterboard panel to be passed up to the upper floors and the next step was for the staircase to be installed.

Ritchie, who was instructed by Gary Rubin of Blackfords LLP, told IOSH Magazine that the court accepted that guardrails and ladders had to be removed to allow the plasterboard to be passed up by Harrington's two workers. The system of exercising care and covering the openings with scaffold board when working nearby appeared to be sufficient to protect those workers. Harrington was never charged with a s 2 breach.

The jury was directed that they were considering only one day -- 31 May 2012, which was the day that the guarding was removed to undertake the plasterboarding.

Initially, the HSE had charged Harrington under reg 6(3) of the Work at Height Regulations. However, Ritchie told IOSH Magazine: "It was asserted in our defence statement that he wasn't guilty of that charge, first of all because he had done all that was reasonably practicable and second because Kundi was not in his employment and nor did he have any control over his work."

When the HSE launched its investigation, Chris Meadows pleaded guilty on behalf of Meadows WR to a charge that "-¦ being the principal contractor for a notifiable project, it did contravene reg 22(1) of the Construction (Design and Management) Regulations 2007 in that it failed to plan, manage and monitor the construction phase in a way which ensured that, so far as reasonably practicable, it was carried out without risks to health or safety, whereby he is guilty of an offence, contrary to s 33 (1)(c) of the Health and Safety at Work Act." Meadows WR is currently awaiting sentencing.

Ritchie told IOSH Magazine that the prosecution amended its indictment following service of the defence statement and charged Harrington with a s 3 breach under the HSW Act, only three weeks before the trial commenced on 22 May 2017. The defence challenged the decision but Judge John Plumstead agreed to the amendment.

Ritchie added that the case boiled down to whether Harrington had done all that was reasonably practicable to protect workers who were not in his employment on the site. The jury unanimously agreed that he had and returned a not guilty verdict.

Commenting after the case, Ritchie said: "It was our submission to the jury that the prosecution was unable to suggest any additional steps that Harrington should have taken to further minimise the risks to health and safety arising from the unguarded access points on the day of the accident. Ultimately, the fact that there had been an accident did not mean that Harrington was guilty of a breach."