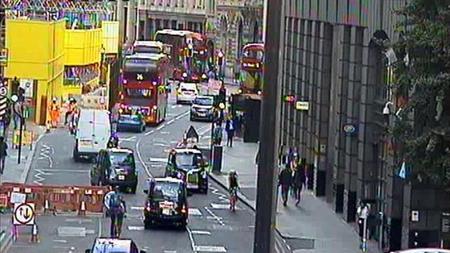 The telecommunications giant was working on part of Transport for London's (TfL) strategic road network in Bishopsgate in the City of London last August when it failed to properly signpost and guard the work area. It had also used the wrong traffic management methods, putting pedestrians, motorists and cyclists at risk.

TfL, which brought the prosecution, said despite its "repeated demands" BT had not taken measures to improve safety at the site.

The company pleaded guilty to the unsafe execution of streetworks with significant risk to public safety at Westminster Magistrates' Court on 28 March. It was fined £90,000 and ordered to pay almost £3,400 in costs -- the highest financial penalty for such an offence ever to be prosecuted by TfL.

In passing sentence the district judge said: "There is clearly a disconnect between BT and its contractors, consistently resulting in a number of these breaches, which must be fixed by BT to avoid future offences.

"It took over a day for BT to rectify these faults despite the works taking place in a busy part of the City of London with substantial impact on traffic. The response was unacceptably slow in my view and I hope that is reflected in my sentence."

An Openreach spokesperson said: "We carry out 3,500 projects like this every month across London and over 99% of these are completed without incident. Safety of the public is absolutely paramount to us, and we've put further measures in place for our contractors to follow that we believe will prevent this happening in future."

BT has been served more than 1,066 fixed penalty notices by TfL since 2010, prosecuted 47 times and fined £157,270 for streetworks offences, including dangerous and disruptive work.

In October 2017 it had to pay a £25,000 penalty plus costs after its failure to sign and guard a working area on Streatham Hill, south London, enabled pedestrians to walk dangerously close to heavy plant and machinery on 1 March 2017.